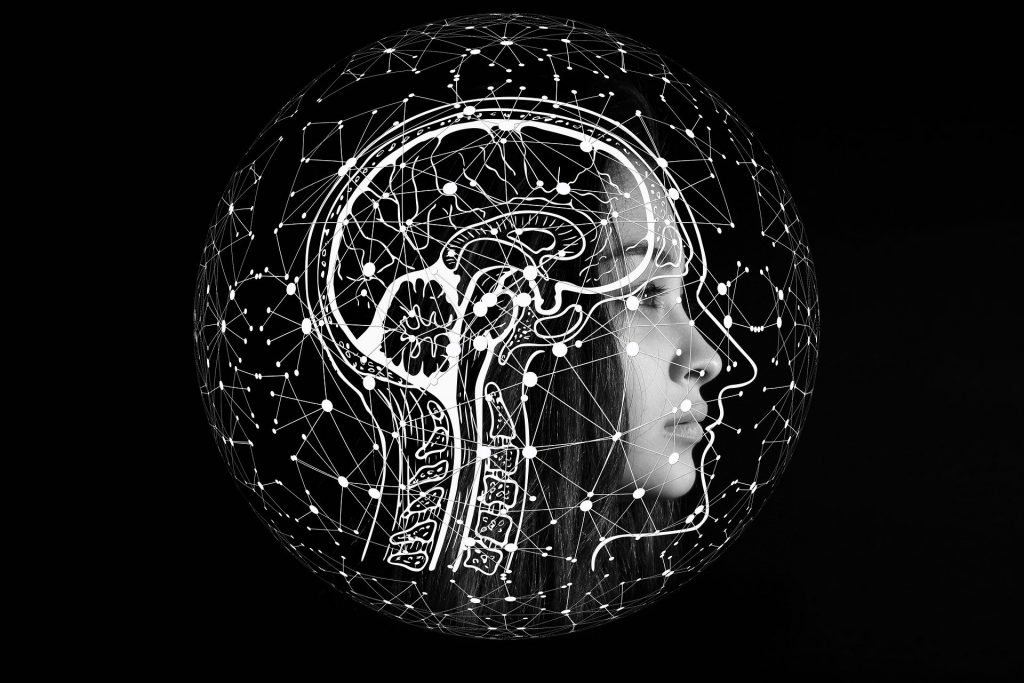 Is Science a Help or Threat to Faith?

From space travel to organ transplants, one of the most important influences shaping the modern world is science. Amazingly, people who lived during the Civil War had more in common with Abraham than with us. If Christians are going to speak to that world and interact with it responsibly, they must interact with science.

The question is, how are we to understand the relationship between science and Christianity? At a dinner party I was introduced to a professor of physics. On learning that I was a philosopher and theologian, he informed me of the irrational nature of my fields, contending that science had removed the need to believe in God.

Others maintain science and theology mix like oil and water; they are so different that no discovery in science has any bearing on theology or vice versa. Science and religion are radically different spheres of life, they maintain. This opinion was enshrined in law in the creation science trial in Little Rock, Arkansas in December 1981. In that trial, creation science was judged as religion masquerading as science.

Still others seem to believe theology is not rational unless it has scientific confirmation, and they fervently look about to find that confirmation. Who’s right? Is science a threat or a help to faith, or are they unrelated at an intellectual level?

In addressing this issue one must keep in mind that the relationship between science and theology is not a scientific question but a question in theology, philosophy, and the history of science. As we look to these fields for insight, we discover several models of integration, each having something important to offer. Following are four of these models:

First, theology provides a world view in which the assumptions of science are best justified. Science cannot be practiced in thin air. In fact, it requires substantive philosophical presuppositions if it is even going to get off the runway. These assumptions include the existence, orderly nature, and knowability of the world; the reliability of our senses and intellect in discovering truth; the existence of truth itself; and the uniformity of nature. Many have argued that these assumptions, while consistent with a naturalistic world view, are odd and without ultimate justification in that world view. These assumptions are best explained and quite at home in a Christian world view.

A second model is one in which theology fills out and adds detail to the general principles in a scientific model and vice versa, or theology helps to practically apply principles in a scientific model or vice versa. For example, theology teaches that fathers should not provoke their children to anger, and psychology can add important details by offering information about the nature and causes of anger. Psychology can devise various tests for assessing whether one is or is not a mature person, and theology can offer a normative definition or standard as to what a mature person is.

A third model depicts the beliefs and methods of science and theology as involving two distinct, nonoverlapping areas of reality (e.g., the natural versus the supernatural), or as involving two noninteracting, complementary descriptions — each partially correct but incomplete — of the same reality. Each level of description will have no gaps that need to be filled by information from the other discipline. For example, debates about the extent of the Atonement have nothing to do with physical chemistry. Similarly, theologians have little interest in whether a methane molecule has three or four hydrogen atoms. Moreover, a theological description of certain aspects of human maturity (e.g., Sally is becoming more like Christ) may be complementary to a psychological description of human maturity (e.g., Sally is becoming a unified self).

This third view that science and theology are two complementary partial descriptions of the world is very popular today, and for good reason. It does accurately capture part of the way science and theology relate. To understand this, it is important to grasp the distinction between primary and secondary causal actions by God. Roughly, what God did in parting the Red Sea was a primary causal act; what God did in guiding and sustaining that sea before and after its parting involved secondary causal acts by God. Secondary causes are God’s usual way of operating by which He sustains natural processes in existence and employs them as intermediate agents to accomplish some purpose. Primary causes are God’s unusual way of operating and involve direct, discontinuous, miraculous actions by God.

According to this fourth model of integration, as directly interacting approaches to the same phenomenon, science and theology can be in conflict or concord in various ways. Sometimes a scientific belief will be logically contradictory to a theological belief. For example, some versions of the oscillating universe model imply a beginningless universe — and this contradicts biblical teaching that there was a beginning.

Sometimes science and theology make statements that are not logically contradictory — they could both be true — but are, nevertheless, hard to square with, and tend to count against, each other. For example, most evolutionists have argued that evolutionary theory counts strongly against views of living organisms (including humans) that treat them as having natures or as having substantial souls. According to naturalistic evolution, living organisms are wholly the result of material processes operating on strictly physical objects (e.g., the “prebiotic soup”).

In the spirit of this fourth model philosopher Alvin Plantinga has challenged Christians to develop what he calls theistic science. Theistic science is rooted in the idea that Christians ought to consult all they know — including theological beliefs — in forming and testing hypotheses, in explaining things in science, and in evaluating the plausibility of scientific theories.
More specifically, theistic science expresses a commitment to the belief that God, conceived of as a personal agent with great power and intelligence, has through direct, primary causation and indirect, secondary causation created and designed the world for a purpose. He has directly intervened in the course of its development at various points (e.g., in directly creating the universe, first life, the basic kinds of life, and humans). And these kinds of ideas can enter into the very fabric of scientific practice.

To clarify this further, let me highlight three ways theological beliefs can enter into science. First, theological propositions can provide background beliefs used to evaluate a scientific hypothesis. The theological beliefs that the universe had a beginning and that adultery is sinful and immature can be used to evaluate hypotheses that claim the universe has an infinite past or adultery can be a sign of psychological maturity.

Second, theological beliefs can guide research and yield predictions that can be tested. For example, theological assertions that the basic kinds of life were directly created, that humans arose in the Mideast, and that Noah’s flood had certain properties can yield testable predictions: that is, gaps will exist in the fossil record; the earliest human remains will be found in the Mideast; and there will be limits to breeding.

Furthermore, the idea of a direct, creative act of God can be used to explain things that are scientifically discoverable. Science can discover information in DNA, that the universe had a beginning, that human language is unique — and theology can provide explanations for these discoveries.

Not everyone is happy with the notion of theistic science. For various reasons, many want to keep science and theology separate, though perhaps complementary. Some employ a “god-of-the-gaps” strategy in which God is believed to act only when there are gaps in nature. Appeal is made to God to cover human ignorance. However, the gaps in our knowledge are getting smaller, and so this is a poor strategy.

Theistic science, however, does not limit God’s activity to gaps. Nature is not autonomous. God is constantly active in sustaining and governing the universe. Nor does theistic science appeal to direct acts of God to cover scientific ignorance. Such appeals are made only when there are good theological or philosophical reasons to expect a discontinuity in nature.

Finally, Witworth College philosopher Stephen C. Meyer has made a distinction between empirical and historical science. Empirical science is a nonhistorical approach to the world that focuses on repeatable, regularly recurring events or patterns in nature (e.g., chemical reactions). By contrast, historical science is historical in nature and focuses on past, nonrepeatable events (e.g., the death of the dinosaurs). In the history of science, inappropriate appeals to God’s primary causal action to explain a phenomenon have occurred in empirical science. Such appeals were wrong because in these cases God acts through secondary and not primary causation. The proper conclusion from this is to limit appeals to God’s primary causal activity to historical science, not to eliminate such appeals from science altogether.

Here’s a second objection to theistic science: science explains things by using natural laws — and an act of God is not a law of nature. This objection is mistaken as well. We do explain things in empirical science by an appeal to natural law. The formation of water from hydrogen and oxygen, for example, is explained by the laws of chemistry. In historical science, however, we explain the existence of something by postulating a causal entity for it. Cosmologists explain some aspect of the universe not only by using natural laws of motion but also by citing the Big Bang as a single causal event. In archaeology, psychology, and forensic science, appeals are made to acts or states of agents as causes for phenomena (e.g., a desire for love caused this obsessive behavior). This is not unscientific, and if Christians have reason to suspect that God directly created, say, human beings, then appealing to His actions fits a respectable pattern of scientific explanation.

In sum, there are several aspects to the integration of science and theology, and theistic science is a legitimate part of such integration. Theology doesn’t need science to be rational. There is nothing wrong in principle, however, with bringing one’s theology into the practice of science. Intellectual bullying aside, it is time for Christians to rethink these matters and allow theistic science to be a part of how they love God with their minds.

J. P. Moreland is the director of the M.A. program in philosophy and ethics at Talbot School of Theology, Biola University in La Mirada, California. He is the author of Christianity and the Nature of Science (Baker Book House).End of document, CRJ0180A.TXT (original CRI file name),

“Is Science a Help or Threat to Faith?”
release A, February 28, 1995
R. Poll, CRI
A special note of thanks to Bob and Pat Hunter for their help in the preparation of this ASCII file for BBS circulation.