Christian Theology On Heaven And Hell

Christian Theology On Heaven And Hell 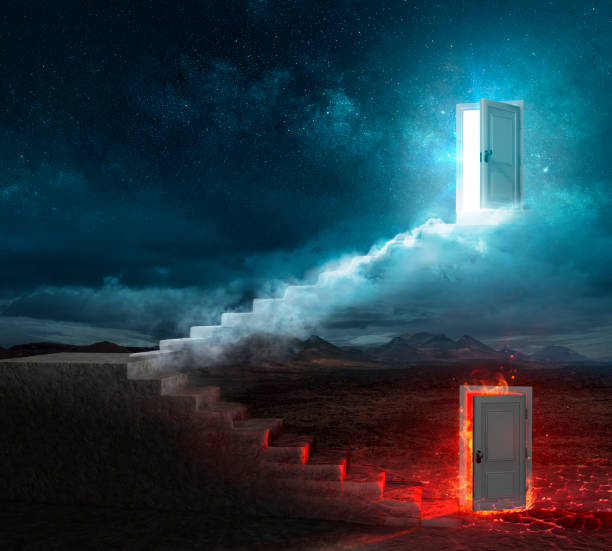 As many as the number of religions in the world are the number of theologies about Heaven and Hell. Some often get confused about what is what, while others get their information about Heaven and Hell confused. We, Christians, however, should not be a part of this crowd. We should clearly know what we believe in and why we believe in it. Our belief about heaven and hell is related to one of many key points of our salvation. The things that we do as Christians basically revolve around our beliefs. Here, we aim to thoroughly explain the Christian theology on heaven and hell. The Bible verses included in this article will help clarify the misunderstood belief of most Christians about this matter.

The Belief About Life Beyond Death

Our beliefs, biblical or not, are rooted and related to our beliefs about life beyond death (life after death for other religions). People who believe in the spiritual realm believe that death is not the end. That is why certain ceremonies are done when someone passes. Some funeral traditions have been passed down from ancient traditions, while others created throughout decades have been passed down from generation to generation. Funeral practices differ depending on the religion or the culture of certain countries.

Although the belief about life beyond death is not a new concept, it is still one of the most confusing and complicated topics to discuss. Sacred texts of most religions contain vague ideas about life after death and what happens after we die. The Bible, however, contains a lot of information about both life and death. Yet, many Christians are still confused. 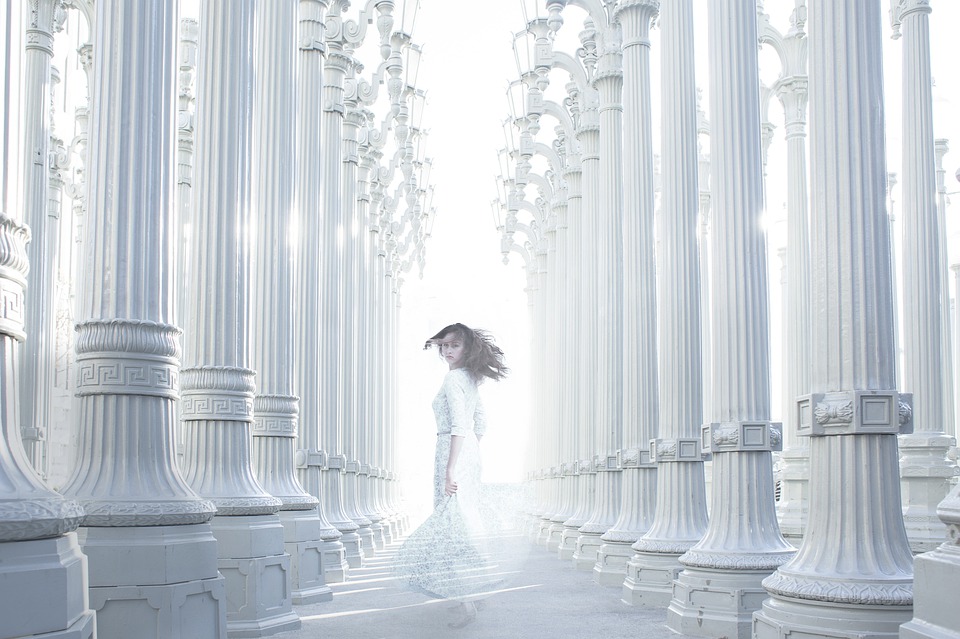 Many of us have a basic idea of what would happen after we die. In Christianity, the teachings of the Bible about life and death can be summarized by explaining about heaven and hell. However, due to the complexity of the subject, some people just accept what is widely believed to be the theology of heaven and hell or whatever the church pastor preaches it to be. But there are also others who have mixed Christian theology with the belief of other religions.

As Christians, it’s important that we value every word written in the Bible and be mindful of not committing sins against God. We should always consult the Bible for every difficult situation we face. As we discuss and study Christian theology about heaven and hell, we can understand and clarify complicated issues regarding our beliefs about life after death.

Christian Theology On Heaven and Hell

The way an individual perceives death and what happens after it affects his or her views about life and living. Ironically, most people value life depending on their ideas about death. For example, someone who believes in reincarnation might think that death will be a way to run away from the misery of their current life. They can think of death as an opportunity to start anew. Hence, the value that is put on their current life is deeply rooted in the idea that there will always be a next time.

Though this may not the case for everybody, this shows the connection of how a person’s beliefs affect his or her point of view. Therefore, we, as Christians, should be mindful of the differences between religious speculations and Biblical facts, especially when it’s about heaven and hell. Our beliefs about these two places manifest in our daily lives. 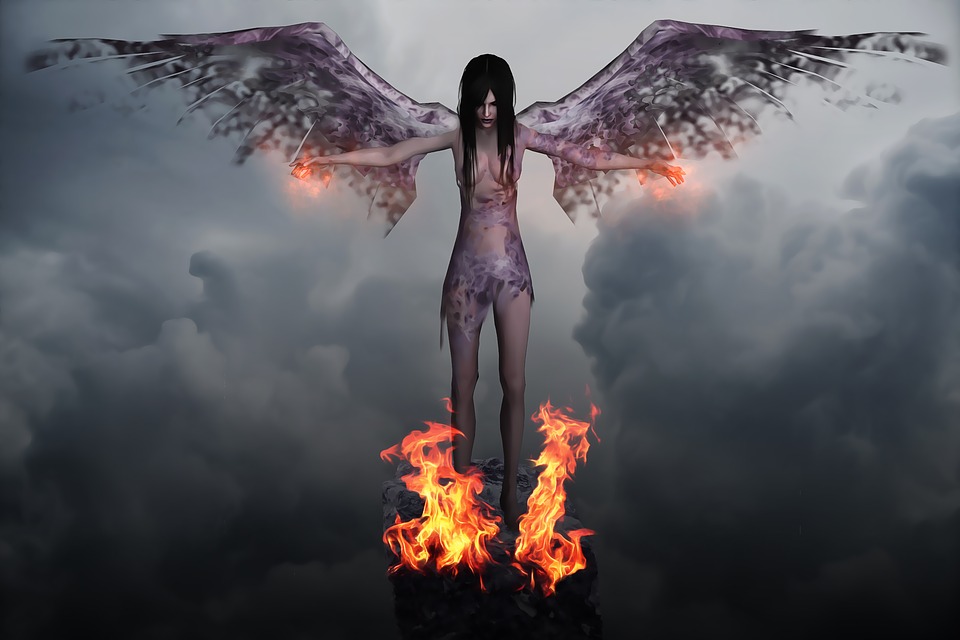 The Bible teaches us about a separate entity from our body called the “soul”, which is entirely different from the spirit. According to some theologians, all individuals are composed of three parts: the physical body, the soul, and the spirit. Although there have been debates about the similarity and differences between the soul from the spirit, we can infer one thing which is that there’s more to what the naked eye can see.  After the physical body perishes, our soul has two final destinations. Either it goes to heaven and be with God for eternity or suffer eternal punishment in hell.

As much as it is confusing to decide what term to use for the being that will either go to heaven or hell is the definition of these two places. Different interpretations and explanations have been made in an attempt to clarify what heaven and hell are like.

Heaven in the Bible

Heaven is portrayed in various works of art, literature, and movies which gives us the wrong idea of how it’s like. For instance, a kid who watches a movie that portrays heaven as a place with a lot of toys and candy might get the impression that heaven is a big playground. However, when this kid grows up, the idea of heaven as a big playground might cease, but the perception that “heaven” is a place of positivity and fun remains. Though it’s true that souls may go to heaven, the impression of heaven as “another earth but a more fun version” is wrong. These beliefs are proven through biblically informed speculations that are a part of Christian theology and an established fact. 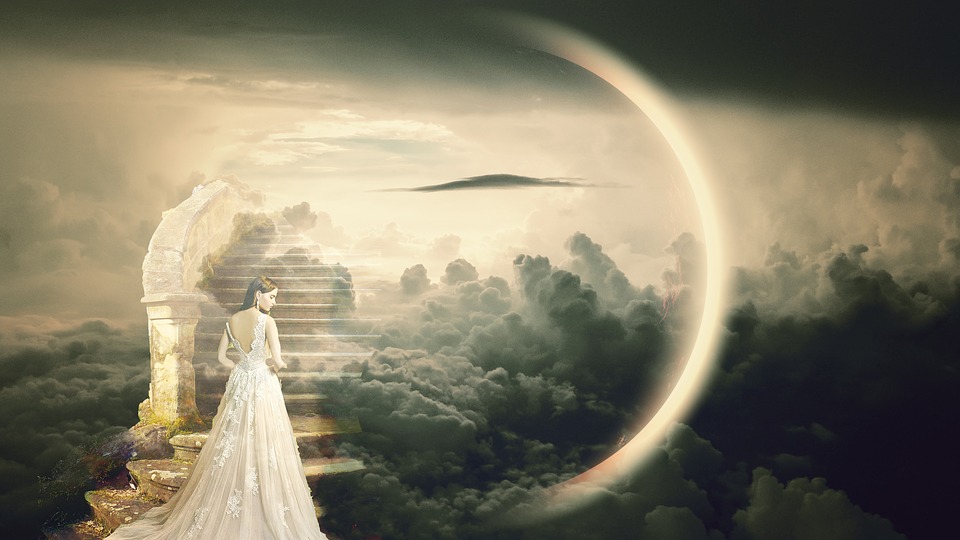 One of the common questions about heaven is whether dead people’s souls who lived righteously instantly go to heaven or if they wait for judgment day.  In Luke 23:32-43, we can read what Jesus said to the thieves after they talked to Him. He told them that from that day, they will be with Him in paradise. However, there are claims that it is contrary to what the Book of Revelation says.

In the Book of Revelation, it is said that each soul will be judged according to their works to determine whether they will go to heaven or hell (20:15). However, Revelation has claimed that there is a list of names written in the Book of Life in which those on it will immediately enter into heaven. So does the Bible contradict itself? The answer is no. To further understand the “heavens” that were mentioned in scripture, theologians have come up with a taxonomy of terms to concisely explain the distinction between the terms that were used.

What does the Bible Say About Souls?

Heaven is the final destination of souls who lived righteously and in adherence to God’s will. It is the promised place for God’s children after judgment day. And since judgment day has not yet come, where do the souls go? The answer to this has been debated by many Christians. Some say that the answer lies in the Book of Job where it is written that the soul of every living thing is in the hands of God (12:10). Job states that when a human dies, they will automatically return to the hands of God and wait until the day of the judgment. 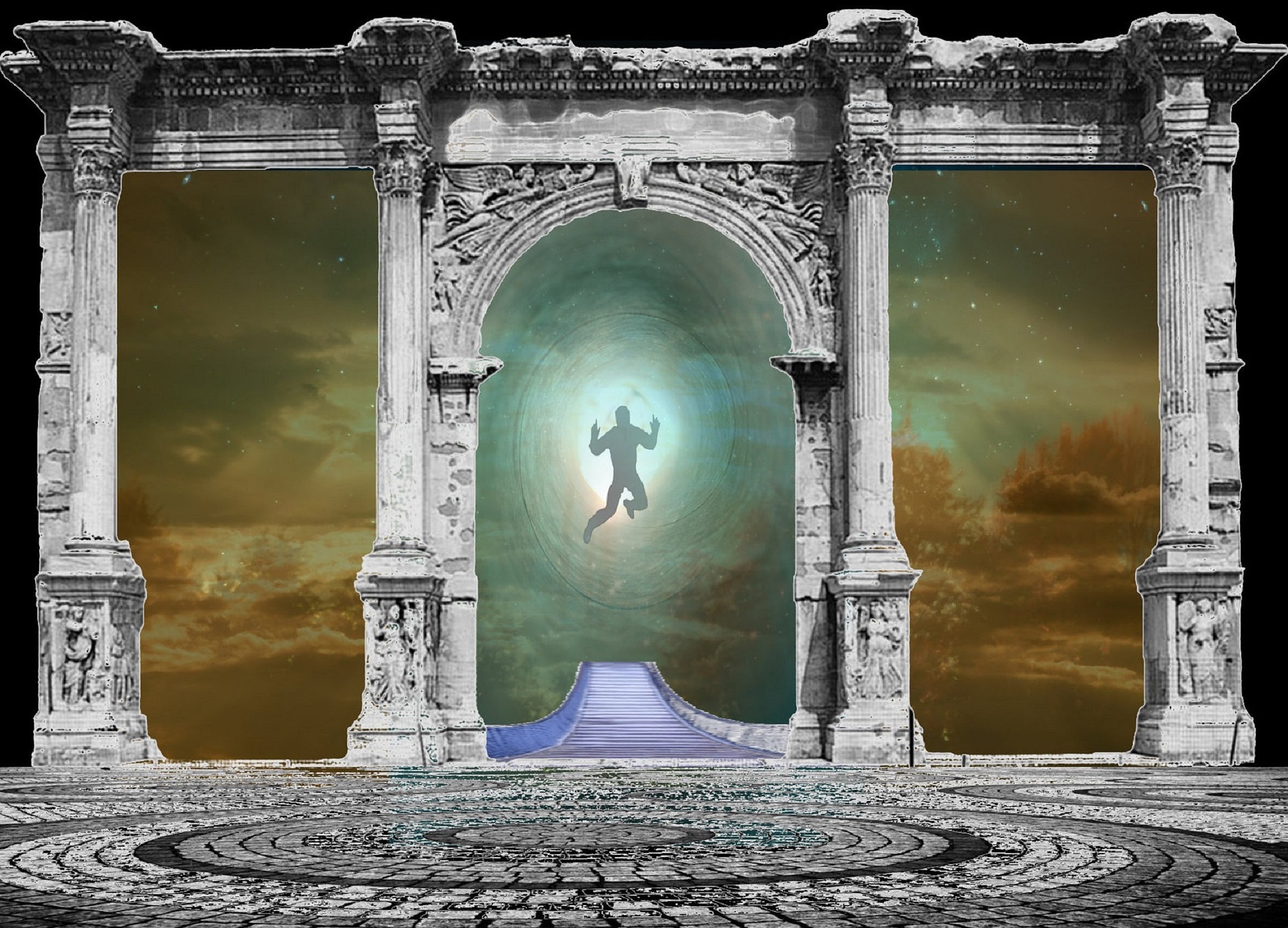 Interestingly, to understand this transitional state mentioned in the Bible, theologians have suggested a term for when the physical body dies, “the intermediate state”. This state is suggested by some to be a transitional period between the ending of our life here on earth and the future of our soul that is destined for eternal life. It is the temporary state for a soul that is waiting for the day to go to its final destination. However, this is debatable and many Christians do not believe in the “intermediate state”.

Facts About Heaven According To The Bible

Because of outside influences, even Christians are sometimes swayed by common misconceptions about heaven. We have listed some of these misconceptions below along with what the Bible says about them. 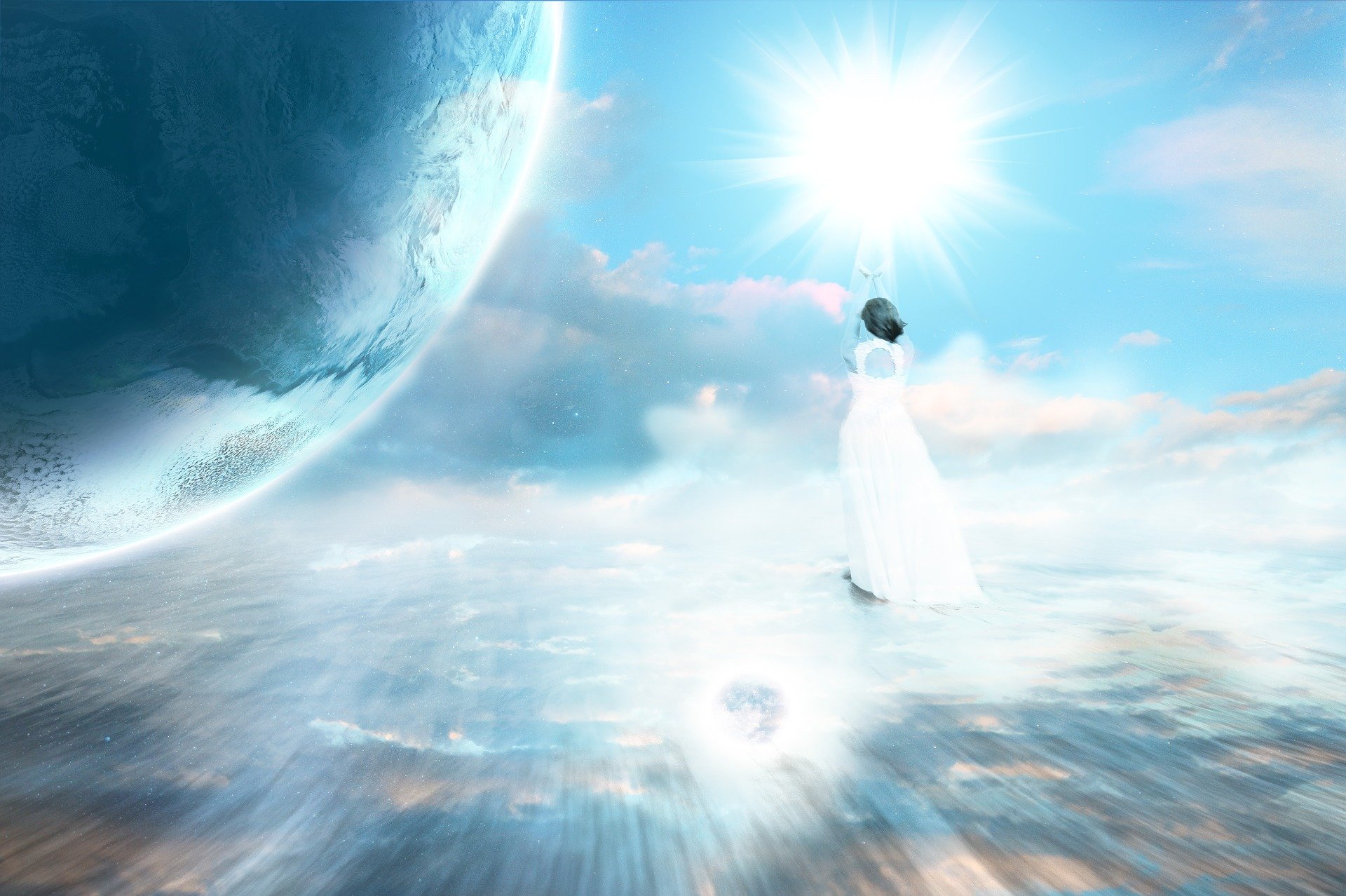 Misconception #1: All people who die will go to heaven.
Christian Theology: It is nice to tell our kids that a loved one who died has gone to heaven. But as an adult Christian, it is important to debunk this misconception. Dying does not clear away sins. The righteousness of God will punish every sin. And some sins take away an individual’s right to go to heaven. In other words, heaven is not for everyone.

Misconception #2: Heaven is a place full of clouds or things that we assumed would be there.
Christian Theology: Heaven is beyond magnificent. It is the dwelling place of our superior God and any material thing isn’t enough to describe how majestic it is. The Book of Revelation gives us a glimpse of how it looks like and it’s definitely a place where you could make a snowman out of clouds.

Misconception #3: Heaven is a place where we can have a reunion with our loved ones.
Christian Theology: The thought that we may get to see our deceased loved ones again in a better place and be with them forever is a comforting thought. The Bible said that heaven will be a place of happiness with no pain or sickness. But it was also stated that once we die, the soul will not carry any of the memories that we made here on earth. And that includes our familial ties and all the relationship that we had established.

Hell in the Bible

Hell is a term that is generally known as a part of Christian theology. The idea of hell has been widely portrayed as much as heaven. Hence, there has been a lot of misconceptions about it too. Fictional ideas and Biblical truths have been mixed and passed down from generation to generation. Knowing what hell is like is as important as knowing what heaven is like. The reason for this is that these two places are connected.

Additionally, our beliefs about heaven and hell has an effect on how we perceive faith in the things around us. In Christianity, Hell is an eternal place where Satan resides. It is said to be the place in which people who choose to disobey God will end up once they die.

Jesus once compared hell to a valley that burns corpses called “Gehinnom”. This gives the confirmation that it is a place with fire, extreme ones (Matthew 5:29). From these, we can guess what kind of torment awaits for those who will be cast down into hell. 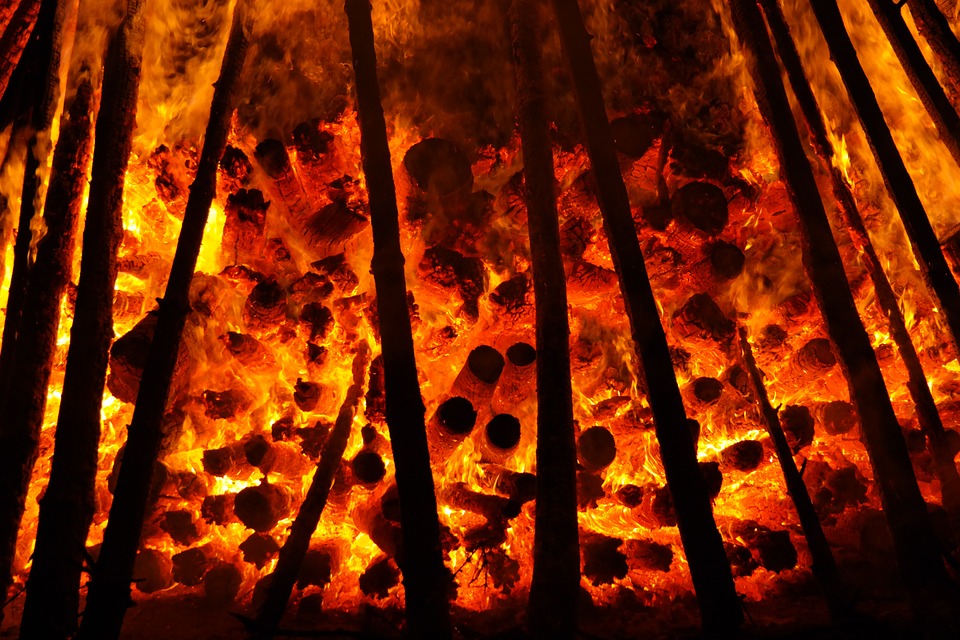 The Bible doesn’t give us information about hell as a form of amusement. All the things that are written about it are meant to be warnings. God doesn’t wish for any of us to go there. Many question God’s love because of the existence of hell. If God loves us, then why would he create a place of suffering instead of just simply forgiving everyone? The answer is that God did not create hell for humans. He created it for sins. The Bible warns us against sin because sin is destined for hell. The souls who die without repentance will be thrown into this lake of fire on judgment day.

Hell is not a terminology that we can simply attribute to any bad situation. It is far from the hilarious portrayal made by Gary Larson in his comics. There is nothing ridiculous in hell. Your bad life is not even the least to be compared to it. The Bible’s description of hell implies that laughter is an impossible word to be related to hell. The bearable annoyances experienced every day are things that we will be thankful for compared to the description of Hell in the Bible. 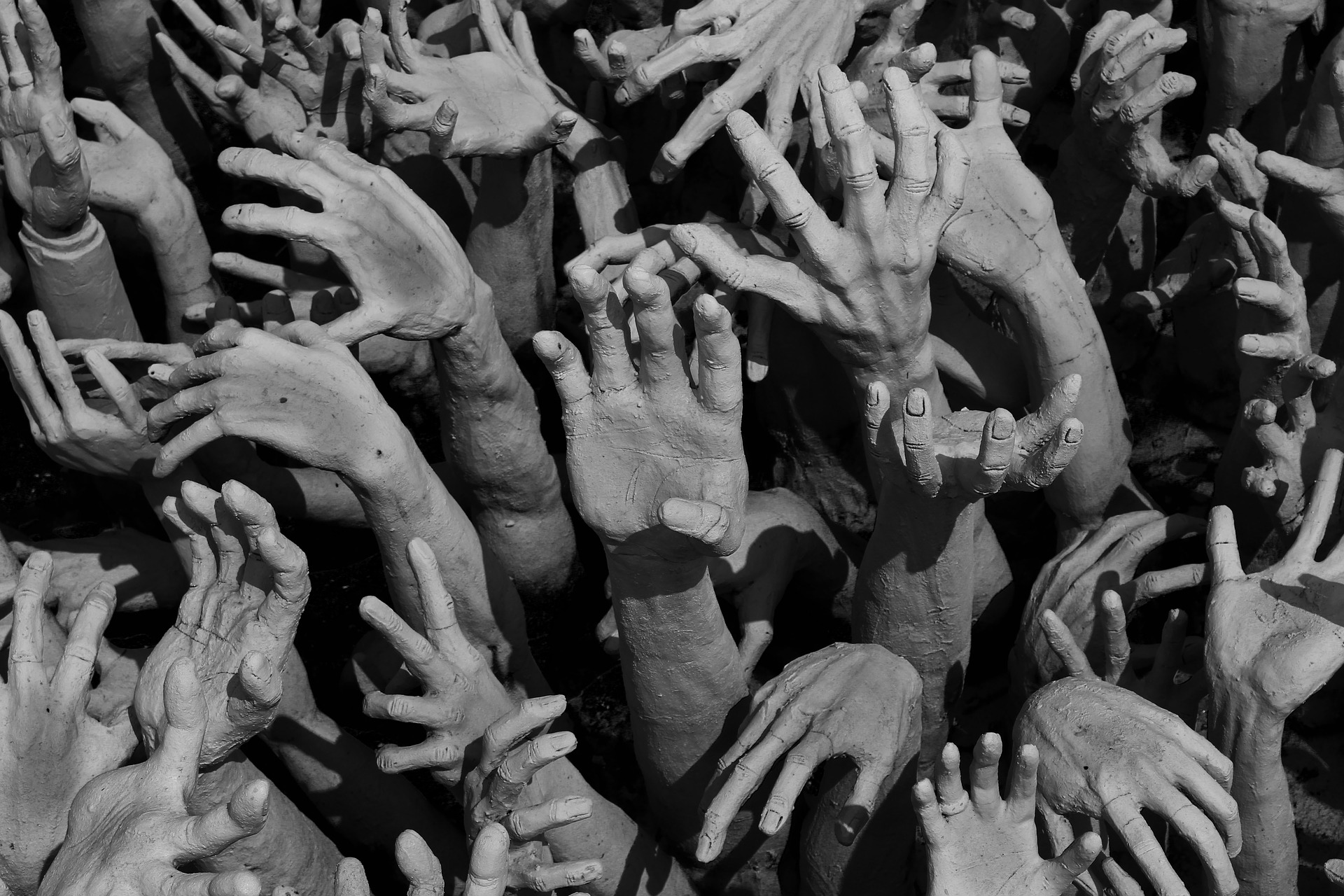 The word of God should be the basis of Christian theology. We should not rely on our understanding alone as it is limited and vain. Our way of life should be guided by the purpose of living revealed in the Bible. Hence, we should always consult the Bible if we want to know the things that are of God.