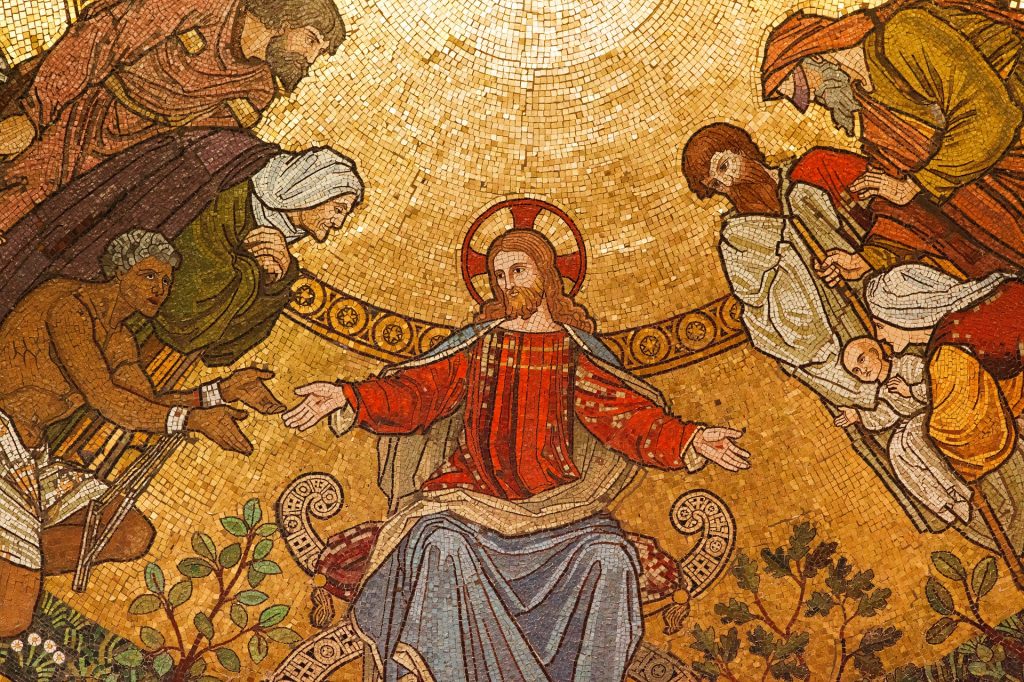 The life of Jesus Christ is the spine connecting many monotheistic denominations. His teachings penetrate through the fabric of time causing the beliefs and religions known today. While the Christian faith centers on Jesus Christ and His existence, what religion was Jesus in when He was on Earth? Was there even “religion” during the time of the Messiah? And if the Son of Man did have a religion, what does it say about ours today? These are interesting questions we get to answer today.

Was There Religion Before Christ?

Before we can answer the question of what religion was Jesus when He was alive, we need to know if “religion” even existed back in biblical times. While we can assume that a community of believers can count as a “religious gathering”, the term was not coined before the emergence of writing. History experts say that the prehistoric commencement of religious beliefs began approximately 5,000 years ago. When humans were able to rewrite prayers and core teachings in a single writing system, religion became more than a belief but an established community of people sharing the same values, beliefs and following the same laws.

But, there’s the twist to that – This historical claim is actually backed up by the Bible! In Exodus 24:4, we can see how God assigned Moses to teach the people of His laws. But, how did Moses do so? He did it by writing! (“And Moses wrote down all the words of the Lord”.) Take note that the Ten Commandments are revealed through written command. Not only does this support the validity of the Bible, but it also tells us how God uses people to carry out good deeds for others. Combining both historical and Biblical data, we now know that there is “religion” before Jesus was born.

What religion are we talking about specifically? The answer is Judaism. Even before The Birth of Christ, Judaism already existed. This is proven by the Bible where Moses received the Ten Commandments at Mount Sinai. The recipients of God’s commandments were Israelites whose religion was Judaism; a monotheistic religion where only one God is worshipped.

What Religion Was Jesus Following?

The short answer to Jesus’ religion is Jewish. The Son of Man was a Jew when He came down on Earth. While this may be a “given” to some believers, The Savior’s religious background is a topic that experts from different fields of theology, history, and archaeology have analyzed for years. The discoveries pointing out the identity of Christ as a Jewish man are the following:

The House of Jesus

After years of archaeological efforts, there have been two houses identified to possibly be the house that Jesus grew up in. These houses go back to the first century A.D with mortar-and-stone walls and an overall “rocky” structure. Both houses are located in Nazareth, Israel. The studies suggest that the people who resided in this rocky household were Jewish since those who were in Nazareth during the first century were less likely to adapt to the Greco-Roman culture. This is the case for everyone except for those who were near Sepphoris or “The Forgotten City”.

Other things that suggest the founding of Jesus’ house includes the scientific discovery of artifacts inside the first-century house. Experts are confident that the family who lived there are from Jewish background due to the limestone vessels inside the residence. For background, limestone vessels were used to symbolize purity. This tradition was big during the first century that only the Jews practiced in their beliefs. 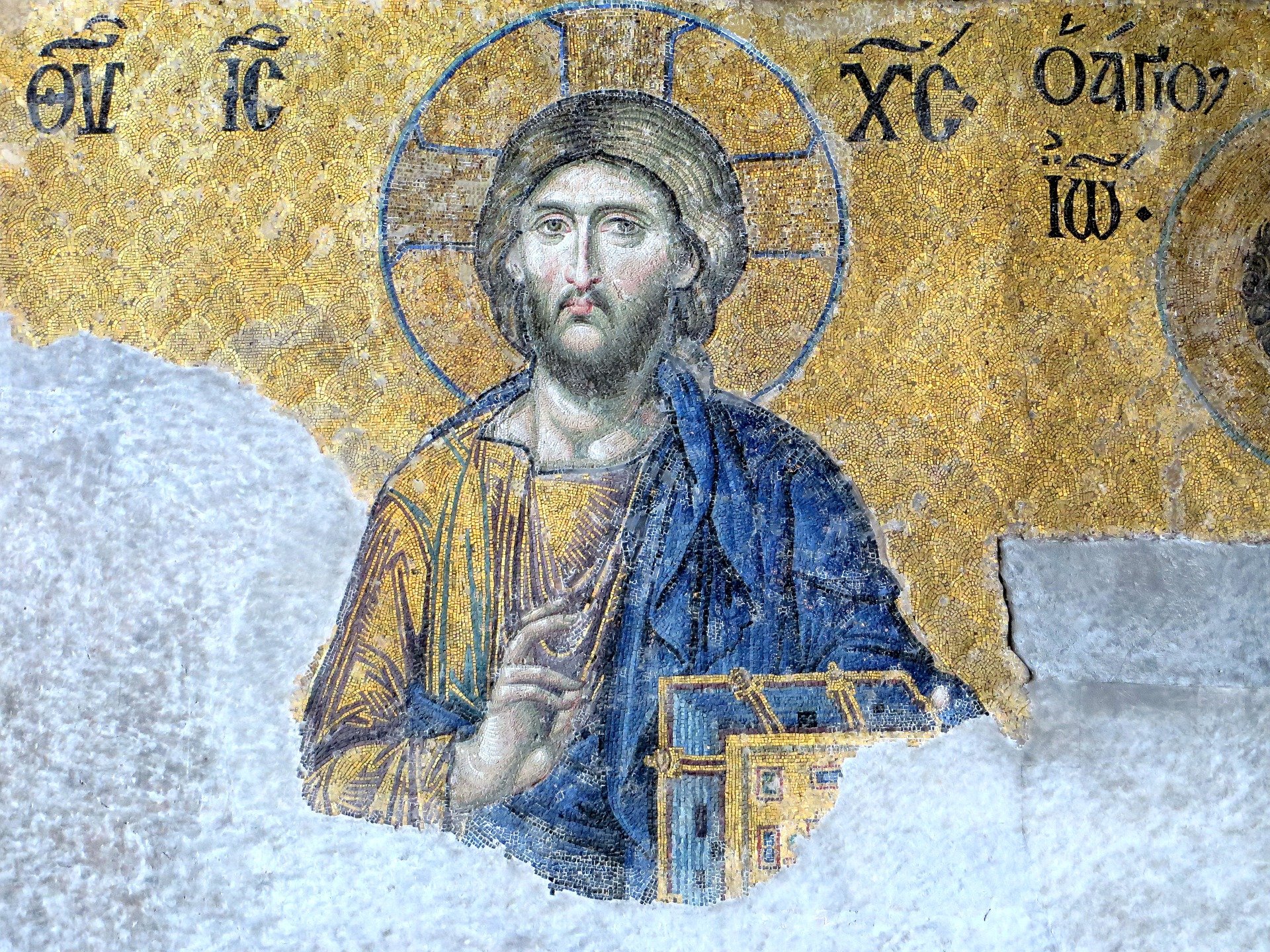 Today, Judaism has three major branches; Reform, Orthodox, and Conservative. However, first-century Judaism and modern Judaism are different from each other. Understanding what religion was Jesus in needs understanding of what religion was like at the time. So, first-century Judaism has four major sects; the Essenes, the Zealots, the Sadducees, and the Pharisees.

Essenes are known to be strict in observing the Law of Moses. They had high regard for the Sabbath Day and expressed their belief in the punishment for sin. However, they do not believe in the Ressurection of the body. “The Zealots” is a term describing those who are fervent or passionate in participating for either a political or a religious group. It may also be used to make mention of the first-century Second Temple Judaism movement. A person we know in the Bible to be one of them is a disciple of Jesus- Simon the Zealot!

The next sect is the Sadducees. These are people who are with wealth or power in the population. They are usually high priests, merchants, or those who are of an aristocratic background. Lastly, we have the Pharisees. These people observe the holiness code from the Torah strictly. They are associated with righteousness, holiness, and purity.

Jesus and His Teachings

But, what does first-century Judaism have to do with knowing what religion was Jesus in? During His time on Earth, the Roman Empire ruled Israel. Consequently, the Jews were struggling with two main conflicts. First is their cooperation and association with the Romans. The second is how they should interpret or take in the Torah.

This is where Jesus comes in. The Son of Man came down on Earth (John 3:13) not only to fulfill the Word but to reveal the Truth. This means that Jesus Christ was a Jewish teacher or a “rabbi”. This applies more to the Pharisees but when Jesus came, He was there to expose what people were doing wrong in terms of praising God. For example, in Luke 11:37–54  and Matthew 23:1–39, Jesus talks about the Pharisees. This is one of the many instances where Jesus shows Himself as a Jewish preacher. In the Four Gospels, there were many references to Jesus being their Rabbi such as in John 3:26, 1:38, 6:25, Mark 9:5, and 11:21.

Jesus and the Pharisees

The Parable of the tax collector and the Pharisees tell us a lot about self-righteousness and humility. As mentioned before, the Pharisees have high reputations and are known to be “holy”. However, Jesus opposed how they shut other people down. In the New Testament, Jesus calls them hypocrites (Matthew 23). The system during the time of the Roman Era was extremely flawed. As we know, Jesus Christ teaches us to love regardless of who the person is. 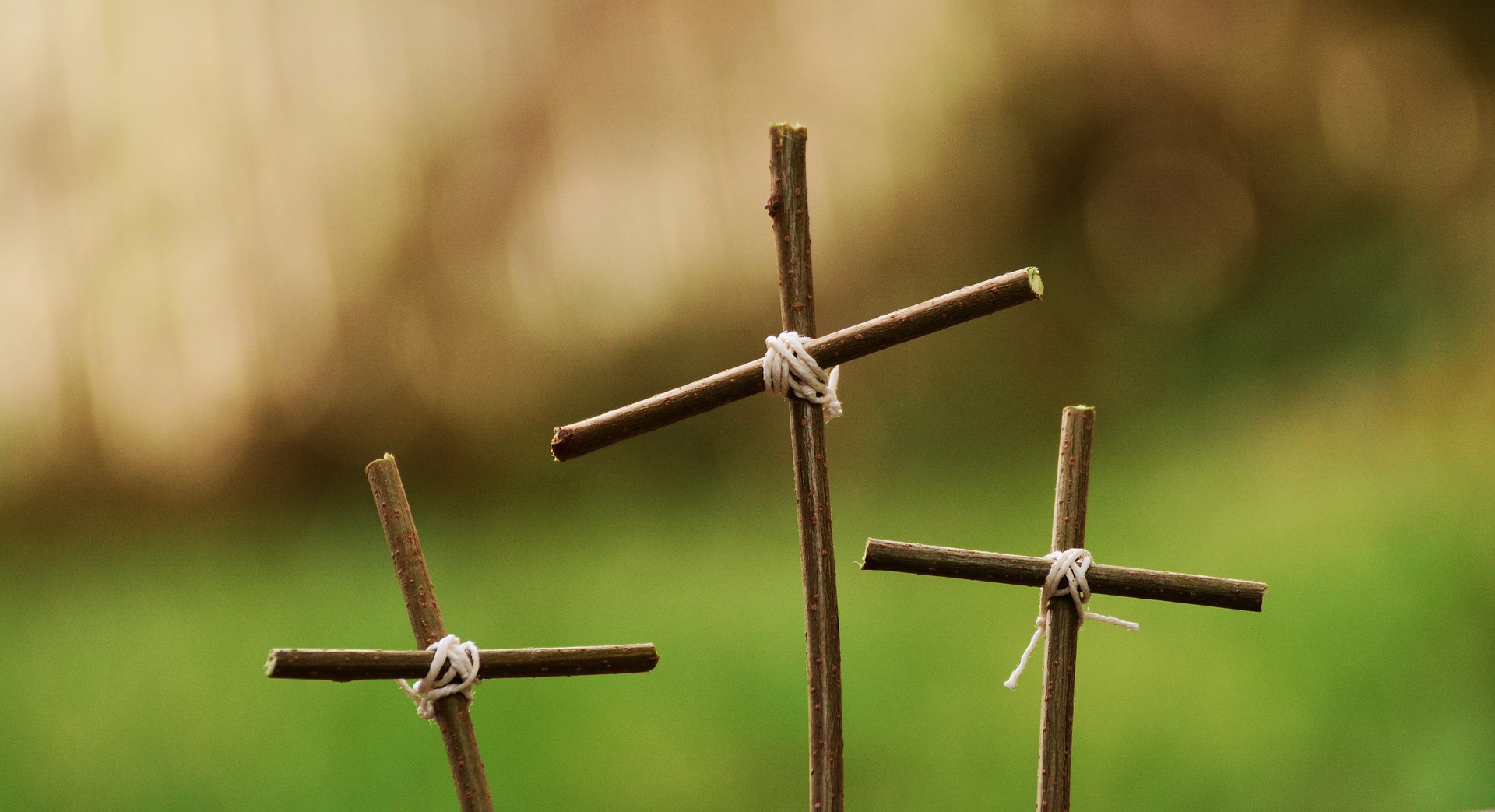 The Pharisees did not associate with people who they saw as “unholy”. Examples of unholiness for these people include deeds like having touched a corpse or contracting “tzaraat“. If anyone were found having or experiencing these, they are automatically seen as unclean or defiled. Jesus did not agree with this. He taught His disciples to love people, forgive enemies, and He even healed a man plagued with leprosy. And take note, that leprosy or any skin condition was believed to be a result of sin. For many, these people are unclean but Jesus healed, touched, forgave, and set them free without any hesitations.

Even after Jesus’ death, the disciples and the Pharisees had conflicts because of how His followers accepted Gentiles without observing the purity code. As per the teachings of Jesus, He strongly disliked rejecting people based on judgment and offered acceptance to everyone under His Holy Name. This is one of the many things Jesus corrected in His time as a Jewish man.

Jesus as A Jew

First-century Judaism teaches us about the characteristics and culture of the Jews during the time of Jesus Christ. The narrations of the different sects in Judaism seen in the bible reveal the teachings of Jesus as seen in society. Not only can we grasp what religion was Jesus in, but we can also see what kind of Jew Jesus was!

Jesus preached the Word based on Jewish text or the Bible. His basis for Scripture does not align with any other religious or historical book other than the Bible. Jesus taught the people about the Kingdom of God which is the core of Jewish beliefs (Matthew 5:20). He was a rabbi for the Jews because He was one of them.

Furthermore, when He came down on Earth, He was born from a woman who was Jewish. The area in which Jesus grew up is also Jewish! Indeed, we can say that Jesus was a Jew. This is also supported by how Judaism is the oldest monotheistic religion. Both logically and historically, the life of Jesus as narrated in the Bible coincides with His life as a Jewish man and Savior. 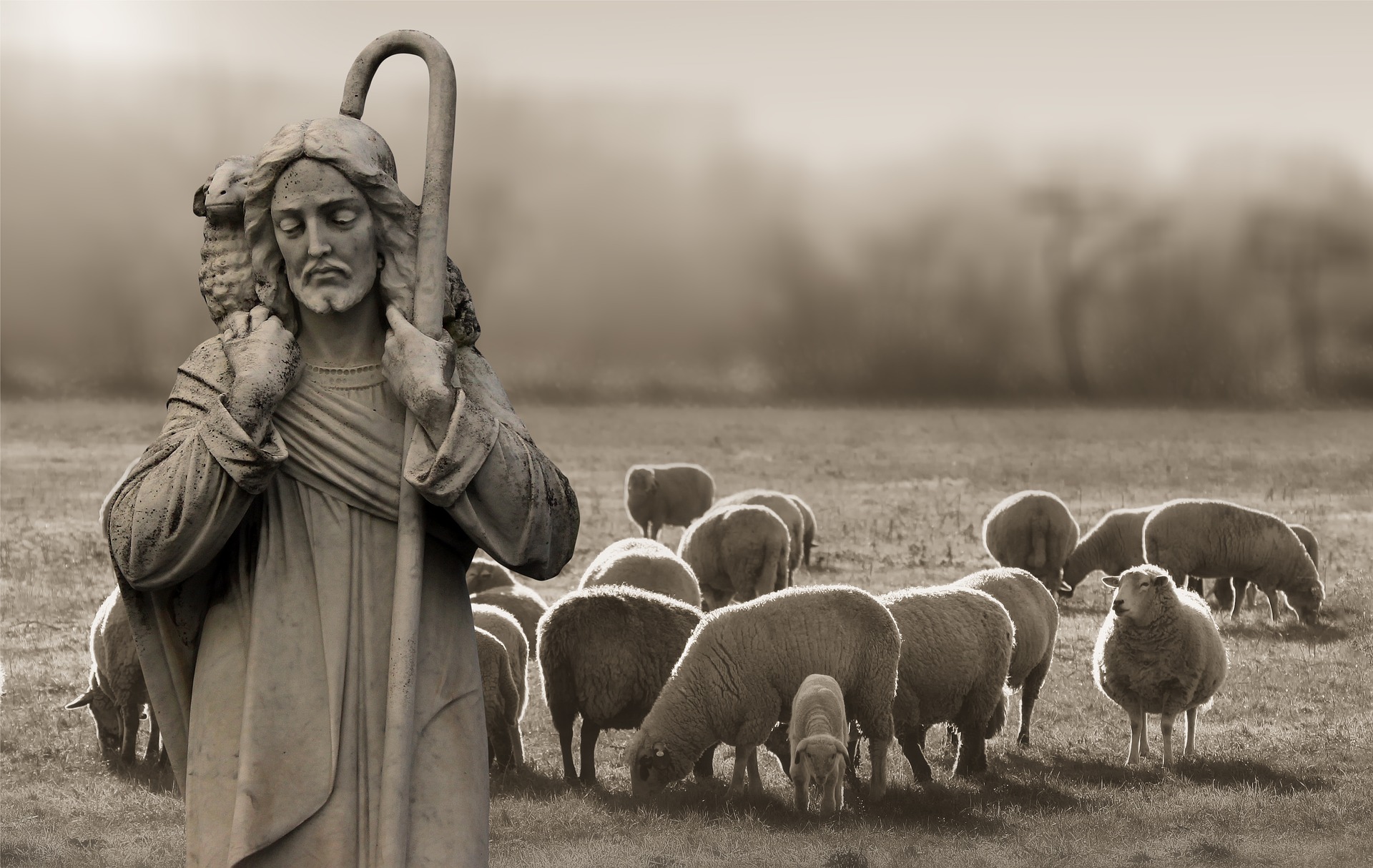 The Lessons of Jesus

It is easy to answer what religion Jesus was in when He was alive. But, knowing what Jesus was like as a Jew and how Jews were like in Jesus’ time can give us a deeper interpretation of how Jesus lived for us. Him being a Jew opposed the hypocrite, judgemental, corrupt, and the blasphemous. He defined love with His Name and saved everyone with it. The lessons He preached as a Jewish man in the first-century apply to everyone of any denomination which even continues up to this day.