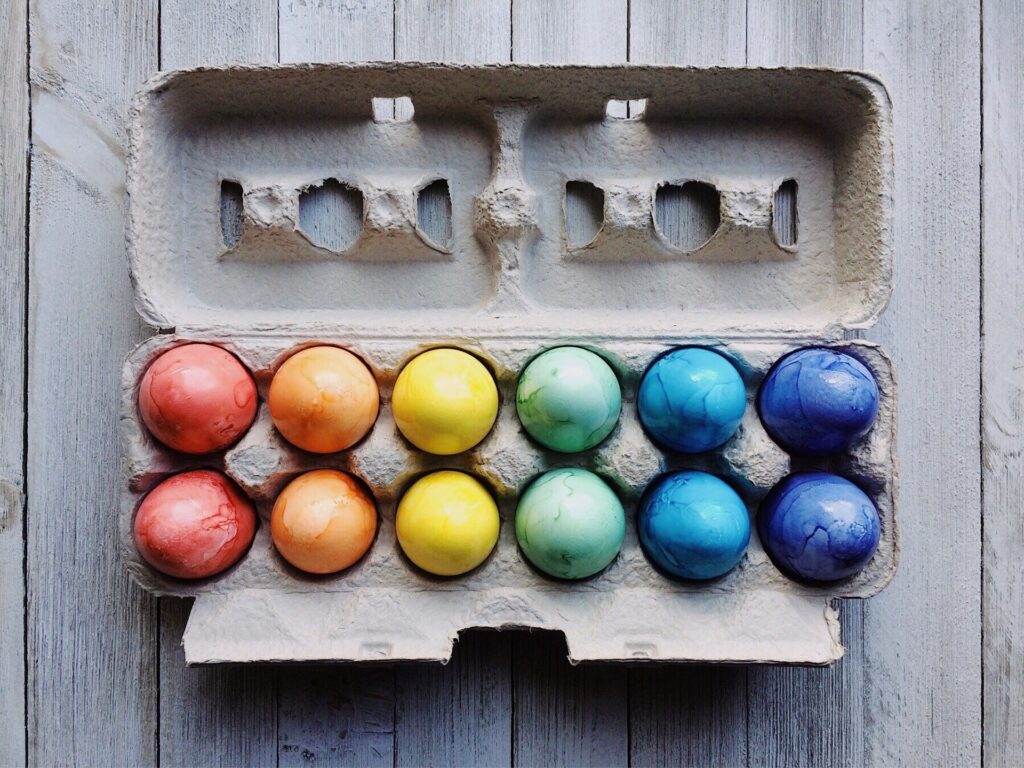 Commemorating the season of Easter is not only for adults but it is for children too. At such, children should be taught the story of Jesus’ resurrection. It may be difficult to make the kids understand the story, but there are many ways to engage them. They can learn the story of Jesus’ death and resurrection through fun and interesting ways. Many Christian families use the idea of Resurrection Eggs to teach their children the story of Easter. Know more about these Resurrection Eggs and learn to create one as we give a step-by-step process on how to create these cute and meaningful eggs.

What are the Resurrection Eggs?

Resurrection Eggs, also known as ‘The Easter Story in Eggs’, are colorful eggs used to teach the children the story of Easter. A set contains twelve eggs, in which each has an image or symbol with Bible verses connected to them, each telling a part of Jesus’ crucifixion, death, and resurrection. For years, it is a fun tradition for many Christian households to use these eggs to teach children about Easter. It also serves as a fun and interactive way to engage them to learn and understand the story.

There are many ways to present the resurrection eggs to kids. You can plan and prepare it ahead of time to start a countdown twelve days before the Resurrection Sunday. If you’re doing one egg a day, focus on the meaning behind each item. Then retell the story along with the verses. Or you can simply open all the eggs and tell the whole story once by using the objects as a reminder of each part of the story respectively. A good thing to do when telling the story is to begin and end with a prayer. Also, you can make this activity more exciting and interactive by having an Easter Egg Hunt. However, for older children, you can make this extra challenging by making separate eggs for the items and verses. Here, the children will then have to match the verse with the symbol.

Finding resurrection eggs isn’t hard. There are many Christian stores selling resurrection egg kits. But you can also create your own set too. You can do this activity whether in your home with your kids, in a children’s ministry, or Sunday School class. 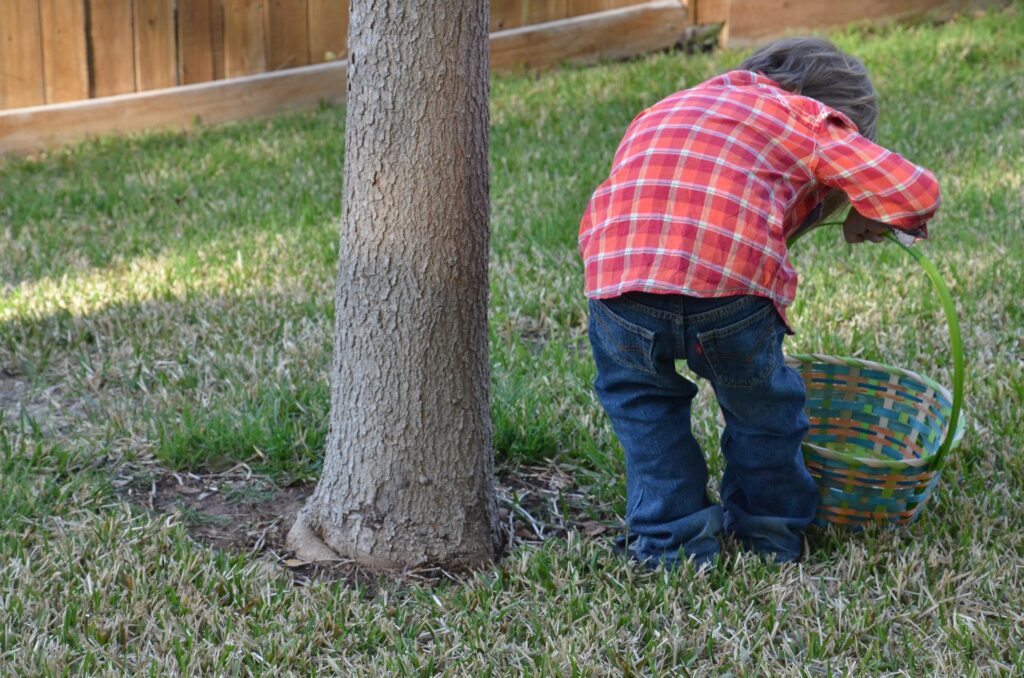 Image by Landon Shaw from Pixabay

Sharing the story of Jesus’ death, burial and resurrection might be difficult for children to comprehend. By using Resurrection Eggs, it can be an interactive and concrete way to teach the story of Easter. Using images and symbols as you explain the story is very useful for them to grasp and understand the story. By using props, kids tend to get excited about seeing what lies inside the eggs. Also, the symbols of each egg will help to remind them of the story easily as they play. The Resurrection Eggs lesson is also a meaningful activity for it helps encourage the focus on the true meaning of Easter, the Gospel of Jesus Christ.

There are Christian stores that sell a set of Resurrection Eggs. However, if you have time and enough time and resources, you can create your DIY resurrection eggs. Making your own set is simple, especially if you use a Resurrection Eggs Cheat Sheet that will guide you on the items as well as the verses needed.

To start creating your DIY resurrection eggs, here are the materials that should have: 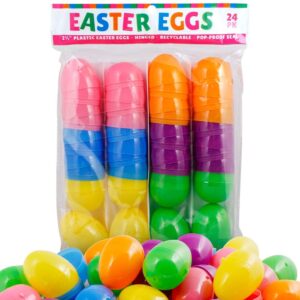 Objects needed for the symbols:

The Resurrection Egg Cheat Sheet is your ultimate guide to what objects and the Bible verses to include inside the eggs. All the objects inside the eggs play an important role in telling the story to your children. It should focus on the story about Easter. Here are the symbols and the Bible verses you must consider in doing your own resurrection eggs set.

Donkey and a Palm Branch

Matthew 21:8-9  Most of the crowd spread their garments on the road ahead of him, and others cut branches from the trees and spread them on the road. Jesus was in the center of the procession, and the people all around him were shouting, “Praise God for the Son of David! Blessings on the one who comes in the name of the Lord! Praise God in highest heaven!”

When Jesus first came into Jerusalem, he was riding on a donkey. The people welcomed him by waving palm branches to honor him.

Matthew 26:26  As they were eating, Jesus took some bread and blessed it. Then he broke it in pieces and gave it to the disciples, saying, “Take this and eat it, for this is my body.”

One of the most significant events during Holy Week is the Last Supper. It is where Jesus took his last meal with his disciples. He broke the bread and shared it with them. Also, Jesus also gave his new commandment to his disciples and to all of us, which is to love one another as he loved us.

Three Dimes or Pieces of Silver

Matthew 27:3  When Judas, who had betrayed him, realized that Jesus had been condemned to die, he was filled with remorse. So he took the thirty pieces of silver back to the leading priests and the elders.

The three dimes symbolize Judas’ betrayal of Jesus in exchange for a few coins. When he realized that what he did led to the condemnation of Jesus to death, he regretted it. He returned the coins he received to the leading priest and the elders.

Mark 15:15  So to pacify the crowd, Pilate released Barabbas to them. He ordered Jesus flogged with a lead-tipped whip, then turned him over to the Roman soldiers to be crucified.

After the leading priest and elders brought Jesus to trial. He was whipped, and Pilate turned him over to the Roman soldiers to be crucified.

Crown of Thorns and Cloth

Matthew 27:28 – 31  They stripped him and put a scarlet robe on him, and then twisted together a crown of thorns and set it on his head. They put a staff in his right hand. Then they knelt in front of him and mocked him. “Hail, king of the Jews!” they said. They spit on him, and took the staff and struck him on the head again and again. After they had mocked him, they took off the robe and put his own clothes on him. Then they led him away to crucify him.

Because Jesus said that he was a king, they made a crown using the sharp thorns and mocked him. The bad people also teased Jesus and put a robe on him after beating him up.

Acts 2:23  But God knew what would happen, and his prearranged plan was carried out when Jesus was betrayed. With the help of lawless Gentiles, you nailed him to a cross and killed him.

The soldiers took big nails and nailed Jesus on the cross by his hands and feet. It was really painful, but Jesus sacrificed to pay for the sins of the world. This is God’s plan to save us from our sins. He gave his one and only son, Jesus, because of his unconditional love for us.

John 19:17-18  Carrying the cross by himself, he went to the place called Place of the Skull (in Hebrew, Golgotha). There they nailed Him to the cross. Two others were crucified with him, one on either side, with Jesus between them.

Jesus carries his cross to the site of the crucifixion, Golgotha. He died on the cross for our sins, in our place, so we would not have to suffer the punishment we deserve. It might be sad and painful, but it also means that God won against sin and death. Jesus’ death on the cross led to his resurrection. And, this is the completion of God’s salvation plan for us.

Luke 23:38  A sign was fastened above him with these words: “This is the King of the Jews.”

When Jesus was crucified, they placed a sign above him saying that he was the King of the Jews.

Matthew 27:48  One of them ran and filled a sponge with sour wine, holding it up to him on a reed stick so he could drink.

John 19:34  One of the soldiers, however, pierced his side with a spear, and immediately blood and water flowed out.

While Jesus was on the cross, he got thirsty, but instead of giving him water, they sent up a sponge of vinegar. Also, one of the soldiers plunged a spear into Jesus’ side that caused blood and water poured out.

After Jesus died on the cross, they took his body and buried him following the Jewish burial custom. They put spices on his body to preserve it and covered him in a linen sheet.

Matthew 27:59-60  Joseph took the body and wrapped it in a long sheet of clean linen cloth. He placed it in his own new tomb, which had been carved out of the rock. Then he rolled a great stone across the entrance and left.

When Jesus was buried, they placed a large stone over his tomb so no one could come and take his body.

Matthew 28:5-7  Then the angel spoke to the women. “Don’t be afraid!” he said. “I know you are looking for Jesus, who was crucified. He isn’t here! He is risen from the dead, just as he said would happen. Come, see where his body was lying. And now, go quickly and tell his disciples that he has risen from the dead, and he is going ahead of you to Galilee. You will see him there. Remember what I have told you.”

The last egg is empty because it symbolizes that the tomb of Jesus was empty. It means that Jesus is alive, and he has risen. The angel announced the good news of The Resurrection. He told them not to be afraid because Resurrection brings joy, and not fear. The angel also instructed them to spread the joy and good news of Jesus’ resurrection.

Observing Easter Season with Our Kids 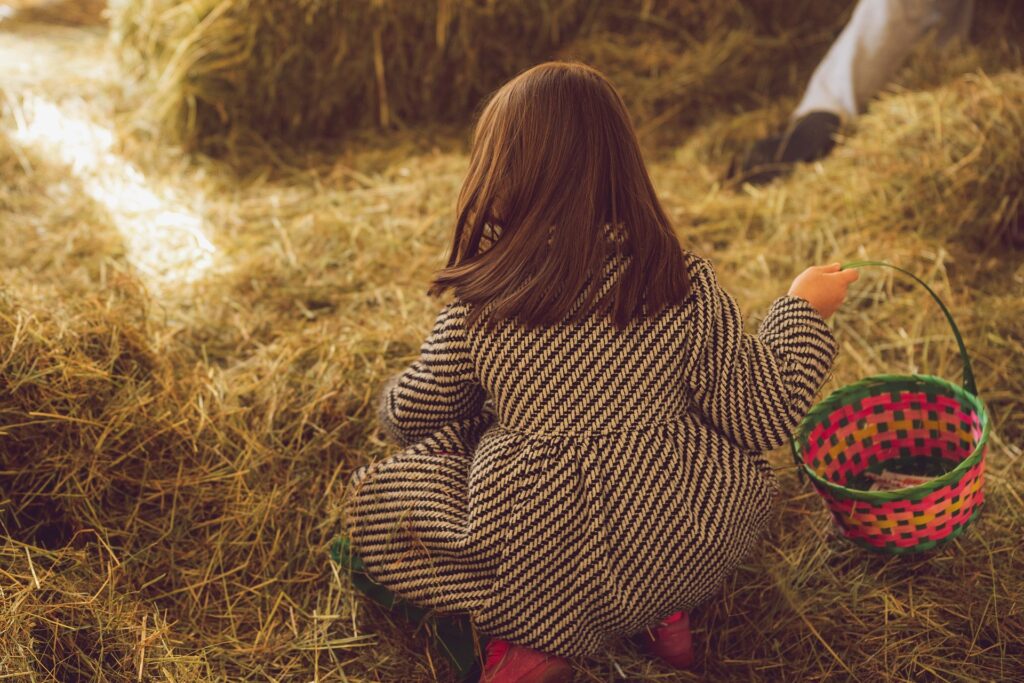 Image by Vlad Vasnetsov from Pixabay

As we commemorate the Easter season, let’s also engage ourselves in teaching the children about this significant event. We shouldn’t think that they are too young to know about Jesus’ death and resurrection. Instead, we can use the idea of using resurrection eggs to explain to them carefully. They will slowly grasp the story of how Jesus died on the cross for our sins. At such a young age, we can plant a small seed of faith in their hearts as they grow. This activity can also be a way for them to know and understand Jesus and his unconditional love for us. Let this Easter season be a meaningful experience for us and our kids.