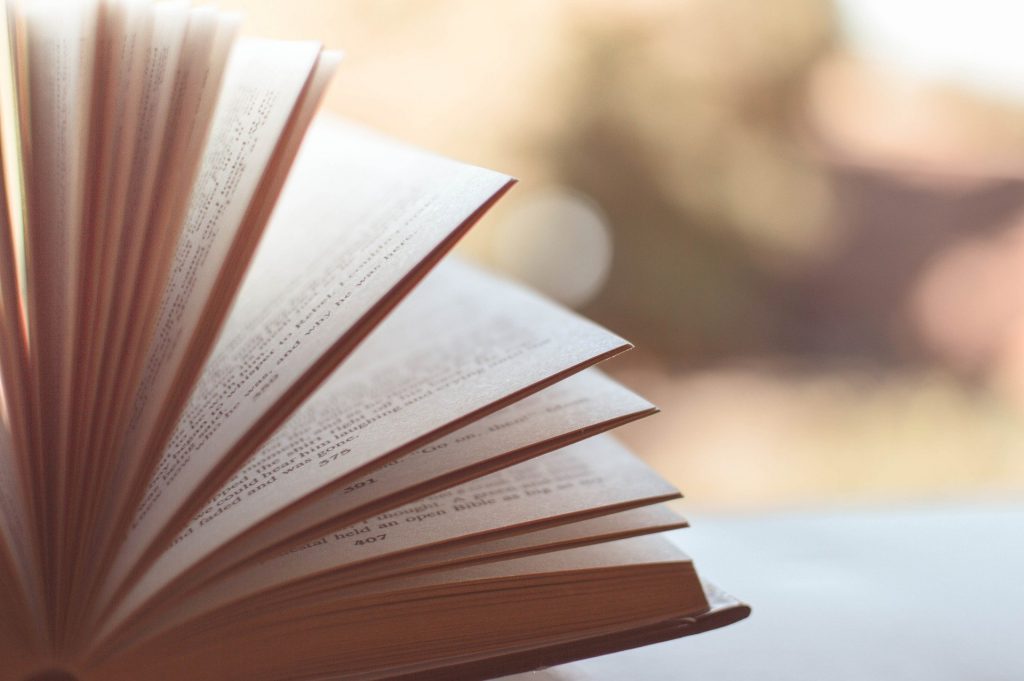 Catholicism and Fundamentalism by Karl Keating (Ignatius Press, 1988). Reviewed by Kenneth R. Samples.
How should evangelicals view Roman Catholicism? This is an extremely controversial question, and often emotionally charged. The spectrum of opinion among conservative Protestants generally ranges from those who see the Catholic church as foundationally Christian (but with many doctrinal deviations), to those who dismiss Catholicism outright as an inherently evil institution. It would seem, however, that those of the latter persuasion (“anti-Catholics”) are in the ascendancy. Chick Publications, Alberto Rivera’s Antichrist Information Center, and the Alamo Christian Foundation are three rabidly anti-Catholic organizations which accuse the Roman church not only of promoting false doctrine but of causing many of the social and political ills of our time.

In the midst of this growing anti-Catholic sentiment, a strong Catholic response has come forth in Catholicism and Fundamentalism by Karl Keating, a lay Catholic apologist. Keating’s book is an extensive apologetic work (360 pages) which attempts to answer basic challenges to Catholicism leveled by anti-Catholic fundamentalists. In a broader scope, it attempts to present and defend those distinctive Catholic doctrines which fundamentalists most commonly object to. Keating writes from an orthodox Catholic position, accepting both the authority of the church and the integrity and inspiration of the sacred text.

The book may be divided into four sections. The first (chapter 1) (1) attempts to define what is meant by the often ambiguous term “fundamentalism,” and (2) to trace fundamentalism’s theological and historical development over the past century. Special attention is given to the fact that a disproportionate number of fundamentalists were at one time Roman Catholic, discussing some of the factors causing thousands of Catholics to embrace fundamentalism.
The second section (chapters 2-8) identifies the major anti-Catholic organizations in great detail. Both the leading personalities of these groups and their chief reasons for attacking Catholicism are examined.

The third section is the most substantial. In chapters 9-23, Keating explains and defends many distinctive Catholic doctrines, including the inspiration of the Bible, tradition, salvation, purgatory, Peter and the Papacy, Papal infallibility, the Eucharist, the Mass, and beliefs concerning Mary. Readers will find thoughtful Catholic responses to many of the objections brought against these doctrines. In effect, Keating gives the reader a feel for how orthodox Catholics are doing apologetics today.

The last section (chapters 24-26) gives practical suggestions on how Catholics can dialogue with fundamentalists and defend their distinctive beliefs. Keating emphasizes the importance of Catholics learning to defend their faith, especially from the Bible. This is not often emphasized in Catholic writings.

While Catholicism and Fundamentalism directly challenges much of what fundamentalists and evangelicals believe, it nevertheless has much to commend it. First, the book is very readable. Keating deals with complex issues in a clear and understandable way. As well, he does a good job of defining Catholic doctrine and giving thoughtful answers to the often simplistic anti-Catholic objections. Perhaps the best aspect of the book — at least from a Protestant perspective — is that it challenges Catholics to read the Bible and wrestle with these critical issues for themselves.

While Keating’s defense of Catholicism offers something significant to Catholic and Protestant readers alike, it is not without some weaknesses. One weakness lies in his understanding of fundamentalism. He does not seem to recognize the broad theological diversity within conservative Protestantism. After asserting that fundamentalism is nothing if not Calvinistic, he then proceeds to place Calvinism, Dispensationalism, and Pentecostalism all under one heading (fundamentalism), seemingly without recognizing the critical distinctions between these three theological schools.

An additional criticism is that the book does not always distinguish carefully enough between anti-Catholics and those who are merely critical of Catholic doctrine. If this distinction is not made, then all Protestants become anti-Catholic. By the same reasoning, all Catholics become anti-Protestant. In Keating’s defense, however, I do believe he normally makes this distinction.

The Best Books on the New Age Movement
Over the past few years, and particularly the past several months, the Christian market has been virtually glutted with books on the New Age movement (NAM). Certainly, the topic is broad enough and important enough to warrant several treatments of it. But it is becoming increasingly difficult for booksellers to stock all these titles, let alone for Christians to read them. Some of these books are sensational, others superficial. Still others are thoughtful and basically accurate, but lack originality. How then does the reader sort through this mass of volumes to find those rare works which are of great worth? It is the purpose of this review to help such readers by pointing to the following titles — the best books on the New Age.

The first good Christian book on the New Age movement is still at the top of my list. Unmasking the New Age is an amazing work in that in 194 pages it covers virtually every relevant submovement and trend within this far-flung movement, and addresses every major question it raises for Christians. After providing a basic introduction and historical background, Douglas Groothuis proceeds to offer an overview of New Age influences in medicine, psychology, science, politics, and religion. He concludes by outlining a preliminary Christian response to the NAM.
The author deserves high marks on several points. As one who has also researched the subject, I can attest that Groothuis is extremely well-read in the vast literature pertaining to his subject. He is also a clear, effective writer, packing his words full with meaning. Furthermore, as a critic of the NAM Groothuis displays an all-too-rare quality: balance. For example, he recognizes that the NAM is the rising social force without concluding that the battle for our culture is already lost.

If the book has a weakness it might be a lack of apologetic muscle. Groothuis’s criticisms of the movement, though valid and relevant, are usually very brief. But if this is a flaw, it is a minor one. One book can only accomplish so much. As a concise Christian overview of the NAM, Unmasking can hardly be topped.

Looking for a book with a strong practical emphasis to help you respond to the NAM? Groothuis’s Confronting the New Age offers much useful information and advice on both witnessing to New Agers and resisting their social incursions. In the process it offers a Christian apologetic to many New Age claims and suggests principles of discernment for Christians encountering possible New Age influences.

Not only does Groothuis equip Christians to respond to the NAM, he also strives to insure that their response is balanced. Chapter 3, “Converting a Culture,” lists three scriptural themes for a Christian’s interaction with culture (“separation,” “transformation,” and “conservation”) and six “pitfalls” (from the “quarantine mentality” to the “ostrich mentality”) which result when these themes are not held in proper balance. As the author demonstrates, a major problem with the church’s response to the NAM so far has been falling into one or the other of these pitfalls.
Whereas many sequels merely rehash the thesis of the first book, Confronting is a much-needed complement to Unmasking. Together the two books firmly establish Groothuis as one of our leading authorities on the NAM.

As their first and only book on the NAM, The New Age Rage distills the collective research and insights of the Spiritual Counterfeits Project (SCP). SCP is a forefront “discernment” ministry in Berkeley, California, that has been observing and critiquing virtually every aspect of the NAM since 1974.

The whole gamut of New Age thought and activity is covered, including health care, science, politics, and psychology. Additional chapters are devoted to providing historical background, examining Eastern influences, discussing the end-times and conspiratorial intrigue that many attach to the NAM, contrasting New Age and Christian views of personal growth and transformation, and suggesting strategies for sharing the gospel with New Agers.

Every chapter in the book is worth reading, but some are more so than others. Specifically, the chapters on “A Vision for a New Humanity,” “Cosmic Conspiracy and End Times Speculation,” and “Breaking Barriers by Building Bridges” are invaluable. But the two chapters contrasting Christian and New Age views of growth and transformation, though insightful, reflect inadequate research. They critique the world-denying doctrines of Eastern monism without addressing serious (even if ultimately futile) New Age efforts to redefine these doctrines in more positive terms.
Because of the book’s multiple authorship, it lacks the coherence and evenness of books like Groothuis’s Unmasking. Nonetheless, those who are looking for a serious evaluation of the NAM as a major cultural trend should not miss this book.

Sadly, the author of this important book — a former New Age leader — is no longer with us. He was killed on May 5 in an automobile accident, just days before the book was ready to be released to the public. (According to Huntington House, an official investigation is in progress concerning several suspicious details surrounding the incident.)
The most powerful part of Inside the New Age Nightmare is its first three chapters. These tell Randall Baer’s moving story; how he was first lured into the NAM, then avidly pursued many New Age spiritual paths, went on to become an internationally respected speaker and author (writing two best-selling books on crystals for Harper & Row), and finally came face to face with the powerful evil that lurks behind the seemingly benign face of the NAM: a consuming darkness from which he could only find deliverance through Jesus Christ.

The remaining nine chapters take a broad look at the NAM in terms of its practices, participants, social inroads, and hostility toward orthodox Christianity. The author, with 15 years in the NAM, knows his subject thoroughly. He offers fresh insights on the nature and operation of the NAM.

Baer devotes special attention to “forewarning” and “forearming” the spiritually vulnerable so they will recognize how Satan uses the seductive allurement of New Age mystical “highs” to produce ever-increasing dependency on and bondage to the occult. He also applies the “You shall know them by their fruits” test to the NAM with compelling thoroughness.

The book is not without some noteworthy flaws. For example, he fails to document debatable claims (see, e.g., p. 145). He also believes and cites questionable authorities pertaining to the supposed heavy dependency of Hitler on the occult and alleged plans of New Agers to “cleanse” the earth by exterminating Christians. Such failings, however, can be largely excused because of Baer’s newness (two years?) to the Christian faith.

For those who find the other books described here too scholarly, this one will be a refreshing alternative. It presents comparably valuable information and analysis in a simpler, more personal style. It also affords several moments of “comic relief” as Baer recalls some of his wild and whacky encounters with New Agers.

In closing, we at the Journal would naturally like to think that the new books by our publisher and editor (Walter Martin’s The New Age Cult, Bethany House Publishers, and my own A Crash Course on the New Age Movement, Baker Book House) also belong on this list. But we will leave that judgment for others to make.

End of document, CRJ0059A.TXT (original CRI file name),
“Book Reviews”
release A, April 15, 1994
R. Poll, CRI
A special note of thanks to Bob and Pat Hunter for their help in the preparation of this ASCII file for BBS circulation.

If you desire to reproduce less than 500 words of this data file for resale or the enhancement of any other product for resale, please give the following source credit: Copyright 1994 by the Christian Research Institute, P.O. Box 7000, Rancho Santa Margarita, CA 92688-7000.