Amazing Facts About The Flower Of The Holy Spirit

Amazing Facts About The Flower Of The Holy Spirit 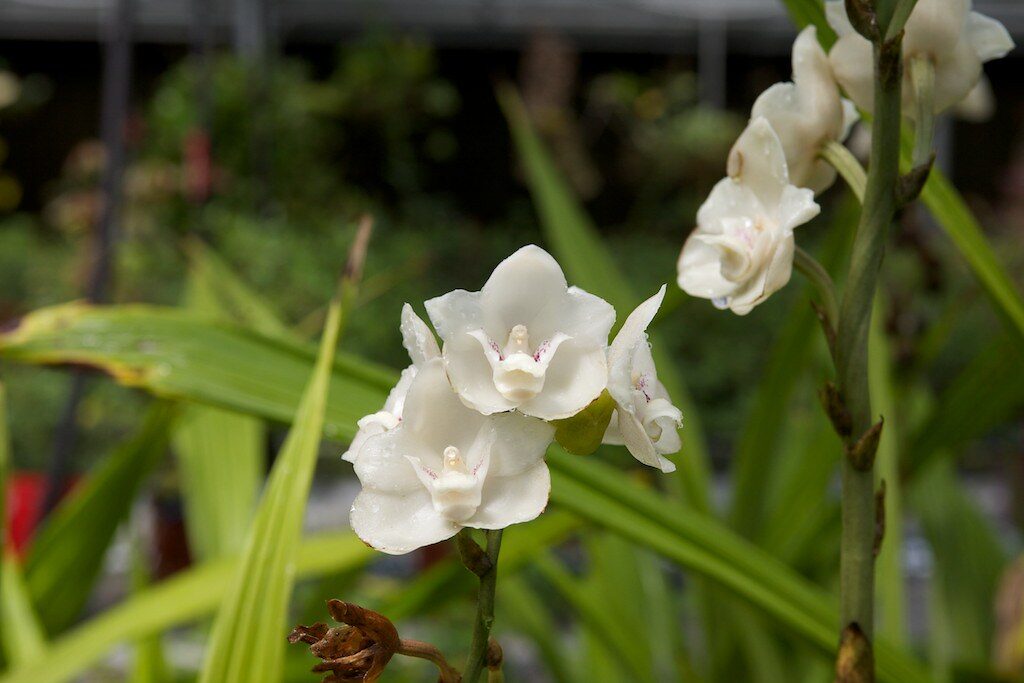 A unique yet fascinating flower has captivated the attention of many people, especially Christians. Scientifically known as Peristeria elata, the Dove Orchid is a highly famous species of orchids. The national flower of Panama, it lies in some parts of the humid rainforests of Central and South America. It is commonly referred to as the Flower of the Holy Spirit or Holy Ghost Orchid as the flower resembles a dove. As we look at this wonderful orchid, it reminds us of the holy spirit. Something that also gives us peace and security. If this type of orchid sparks your curiosity, keep reading. We are sharing some amazing facts about the Flower of the Holy Spirit.

Facts You Should Know About Dove Orchid 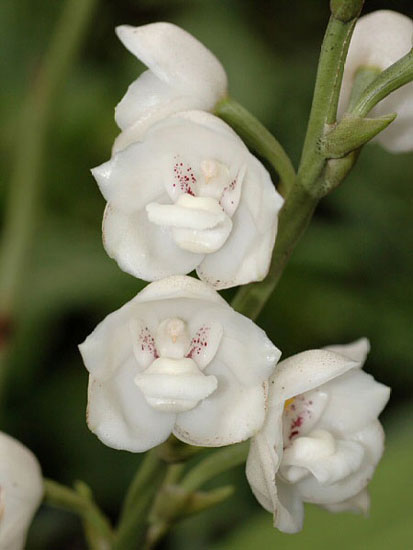 The Dove Orchid belongs to the genus of orchid species. It’s usually found in Central America and South America (specifically Venezuela and Ecuador). It also grows in Panama, Costa Rica, Peru, and Trinidad. This flower is silently blooming and growing in large numbers around the edge of hardwood forests. Because it is also known as the Flower of the Holy Spirit, it is special to florists and Christians who are interested to know this orchid. Learn more about this orchid as we share interesting facts about them.

Taking Care of The Flower Of The Holy Spirit 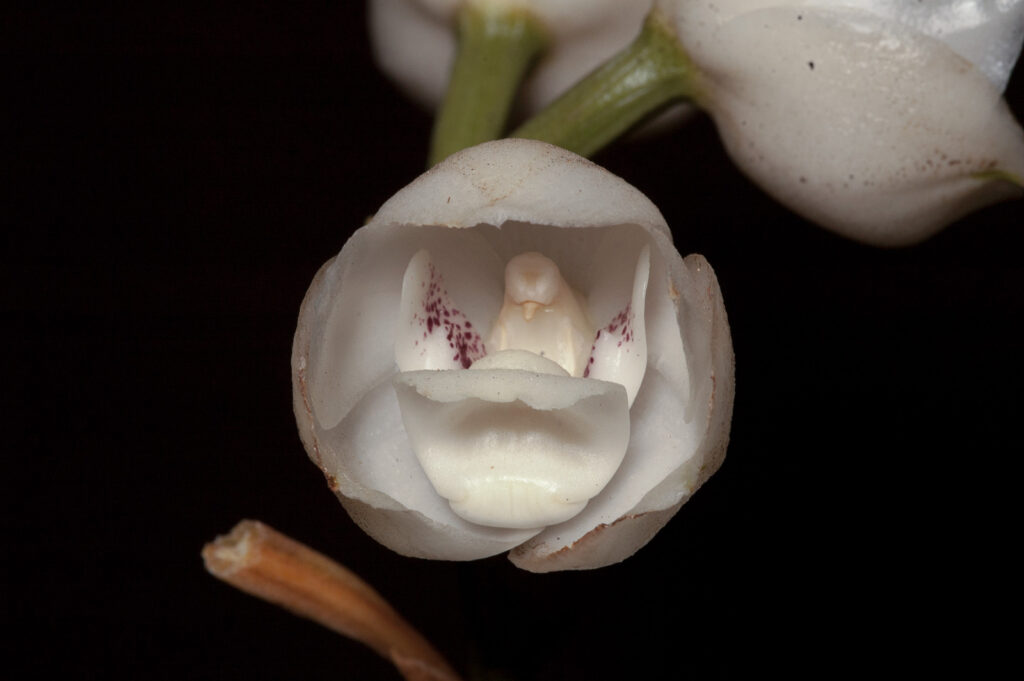 Maybe some of us want to take care of the flower of the Holy Spirit. But take note, because the orchid is sensitive, it is not suggested for beginner florists.  These flowers should also not be grown inside on windowsills. Peristeria elata should be grown in warm to hot conditions with minimum year-round temperature around 65 to 70 degrees. The light for young seedlings should be low to medium. And as the orchid matures, brighter lights should be available. Additionally, constantly moving air is highly recommended as foliage can burn easily in extreme temperatures or bright light.

The dove orchid usually requires moderate watering. However, in the beginning, to encourage a new pseudobulbs growth, it needs a heavy watering for some time. When the orchid’s growth rate slows down, reduce both the watering and the addition of fertilizers. Too much of these items may ruin their health. Yet, don’t allow the roots to become dry for a long period. Lower night temperatures should encourage the flower to start blooming.

There are now some attempts to save this flower through special organizations and donations. The APROVACA, Panamanian NGO, runs a sponsorship program to save the flower of the Holy Spirit from extinction. And several years ago, technicians from Taiwan developed a program for its recovery. The Panamian authorities have created a rule stating that the orchid can be used for exhibition, but it cannot be placed for sale. It is also not highly recommended to buy the dove orchid from questionable sources. Buying dove orchids may further affect the orchids’ decreasing number.

A Dove as the Symbol of the Holy Spirit 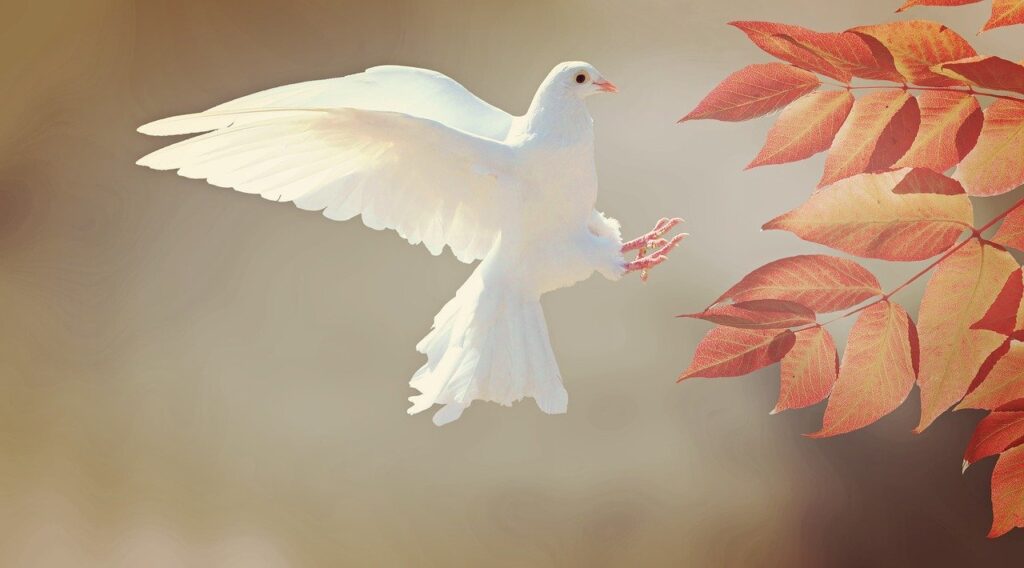 Now that we know what a dove orchid is, we can also understand why it’s associated with the Holy Spirit. It gained the common name ‘flower of the Holy Spirit’ because of the dove image found in the center area of the flower. So why does a dove represent the Holy Spirit? The answer is that Christians see doves as a symbol for the Holy Spirit. It is the general symbol of peace, purity, and new beginnings. In the Bible, the dove appeared in many instances as a symbolization of God and the peace He gives us. However, two instances of doves appearing stand out; one in the Old Testament, and the other in the New Testament.

The Dove During the Great Flood

The first appearance of the dove was during the last days of the great flood, which covered the surface of the earth. In Genesis 8:8-12, Noah sent a dove to search for dry land. The dove returned to Noah’s Ark on several occasions, indicating that the waters had not yet receded. Then, one day the dove returned with a freshly picked olive leaf, giving Noah knowledge that the water was receding. After seven days, however, the dove never returned. Noah then knew that the waters had decreased. Since then, the dove became a symbol of hope and new life.

The Dove During Jesus’ Baptism

All four gospels mentioned the appearance of a dove during the baptism of Jesus by John the Baptist (Matthew 3:16, Mark 1:10, Luke 3:22, and John 1:32). The Scripture says that the Holy Spirit descended on Jesus in bodily form like a dove. It confirmed Jesus’ anointing as the Messiah, along with the voice of God the Father from heaven. It gives us a clear picture of the trinity; Father, Son, and Holy Spirit, all taking part in one event.

Today, the dove continuously symbolizes the Holy Spirit. It is the fulfillment of the Scripture through the life and ministry of Jesus. It also represents peace, power, purity, and propitiation for sin that comes in a relationship with God.

Flower of the Holy Spirit: The Beauty of God’s Majestic Work 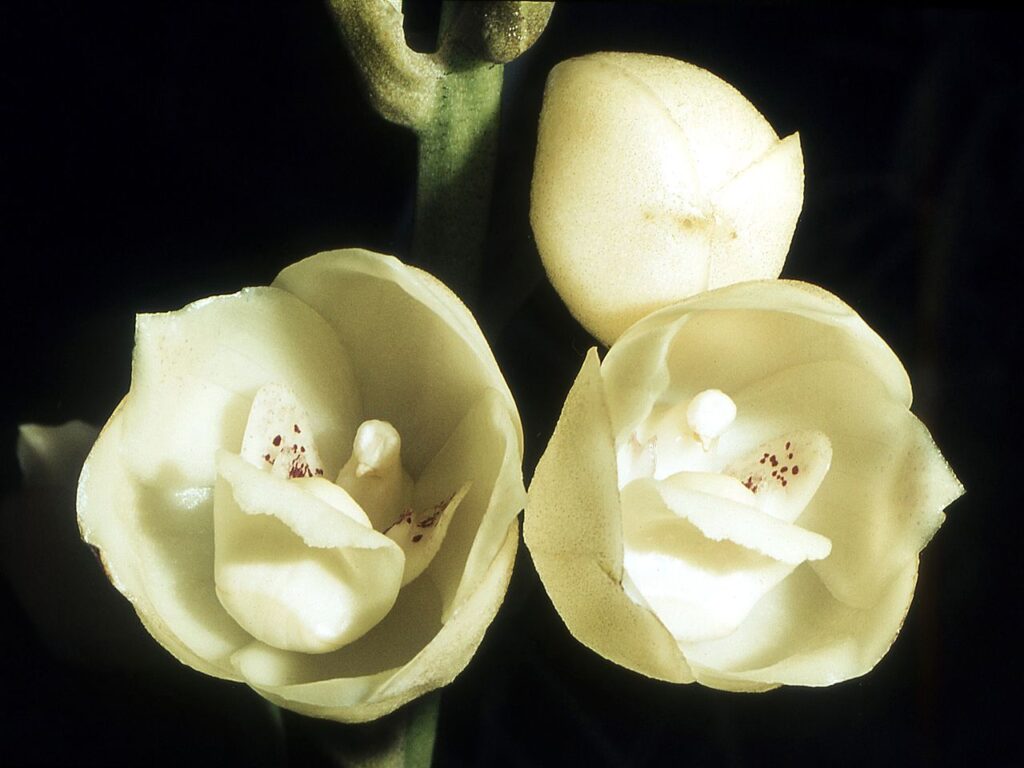 The flower of the Holy Spirit is one of the thousands of wonderful things showing the beauty of God’s creation. It looks very peaceful, pleasing, pure, and elegant, so it is understandable that it reminds us of the Holy Spirit. But let’s not take this creation for granted. Because it is one of God’s gifts to us, we should take excellent care of the dove orchids. Let the next generations also see its uniqueness, and hopefully, it will also bring peace to them.

Similar to the flower of the Holy Spirit, the Holy Spirit is also with us throughout, silently guiding us. It dwells into each of us to help us live a righteous and faithful life. The Holy Spirit also acts as a comforter. It is the one who intercedes, supports, and acts as an advocate, especially in times of trials and tribulation. Like a flower, we should meticulously take care of our faith so it will continue to grow and be nourished. And how can we do that? By reading the Bible! It’s where we can find the sunlight, water, and fertilizer our faith needs.