Rainbow Symbolism In Christianity And Its Meaning

Rainbow Symbolism In Christianity And Its Meaning 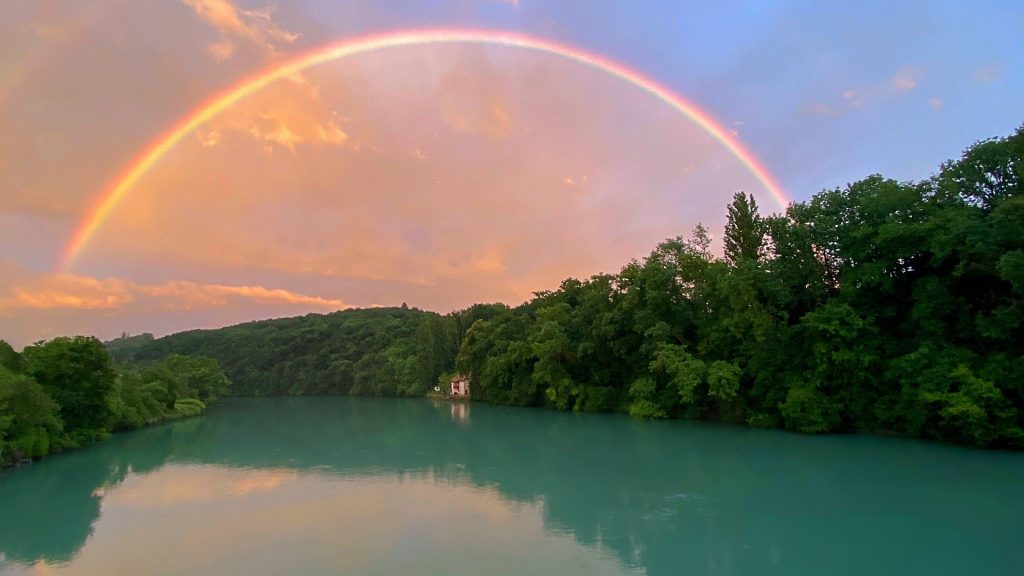 A rainbow symbolism is one of many symbols from God that signifies the nature of His Love for us. Rainbows are beautiful and are colorful occurrences that make us smile once they are painted in the skies after a gloomy storm. However, rainbows cover more than just a multicolored sight. It’s a representation of God’s promise to us; He will never again destroy the earth through a flood (Genesis 9:13​).

The rainbow is God’s bow that serves as a reminder of His promise to mankind – an unbreakable bond between the Creator and His creation. In times of trouble, in the presence of anguish, God sends the rainbow to remind His people of His promise (Ezekiel 1:28). A Rainbow symbolism shows the grace God gives to all people saved and unsaved alike. With this beautiful symbol, God promised to restrain his wrath and has kept that promise.

The famous quote, “there’s always a rainbow after the rain” is a reference to what happened to Noah when darkness enveloped the world.  After the flood, God had smeared a beautiful rainbow in the skies to assure and remind people of His presence and His love. Indeed, God reminds us that behind every dark past is a loving and vivid God who made His promise in the beginning and will continue to fulfill it until the end.

Revelation 4:2-3 At once I was in the Spirit, and there before me was a throne in heaven with someone sitting on it. 3 And the one who sat there had the appearance of jasper and ruby. A rainbow that shines like an emerald encircled the throne.

We are reminded of how marvelous God’s presence is, it also indicates how rainbows were crafted directly in His hands. If humans are speechless during times when rainbows appear, imagine the beauty God has prepared in His Kingdom!

Revelation 10: 1 Then I saw another mighty angel coming down from heaven. He was robed in a cloud, with a rainbow above his head; his face was like the sun, and his legs were like fiery pillars”. 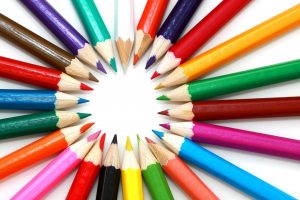 In science, the rainbow consists of all the colors that make up visible light. Light signifies the Truth and Goodness that is God. Christian tradition places special meaning on the different colors of the rainbow.  The seven colors remind us of the nature of God and his promises and plans of Salvation.

Red stands for the Blood that Jesus shed for our sins. “For if the blood of goats and bulls and the sprinkling of a heifer’s ashes 11 can sanctify those who are defiled so that their flesh is cleansed, how much more will the blood of Christ, who through the eternal spirit 12 offered himself unblemished to God, cleanse our consciences from dead works to worship the living God”. (Hebrews 9:13-14)

The color of the sun, yellow symbolizes God as the Source of all Life. As John says in his gospel, “Through him was life, and this life was the light of the human race”. (John 1:4)

Being the color of plants, green is the symbol of God’s bountiful blessings. “Then God said, ‘Let the earth bring forth vegetation: every kind of plant that bears seed and every kind of fruit tree on earth that bears fruit with its seed in it’”. (Genesis 1:11)

Blue symbolizes God’s domain over all creation, the same way that the blue sky covers all. “For the bread of God is that which comes down from heaven and gives life to the world”. (John 6:33)

Indigo stands for God’s protection. “Who covers the heavens with clouds, provides rain for the earth, makes grass sprout on the mountains.” (Psalms 147:8)

The color of royalty, violet reminds us of God’s Kingship. It’s one of the colors of His dwelling during the Exodus. “At the entrance of the court there shall be a variegated curtain, twenty cubits long, woven of violet, purple and scarlet yarn and of fine linen twined. It shall have four columns and four pedestals.” (Exodus 27:16) 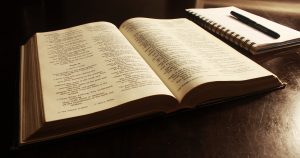 Rainbows appear for a reason. While it has been mentioned even during Genesis, people are reminded that rainbows are a blessing; a reminder, and an assurance of what God has prepared for His people. A rainbow symbolism reminds us of how God keeps his promises. He places rainbows on angels and afterglows of darkness, He paints it on beautiful things like the skies. But His masterpiece for us is His continuous, colorful painting of our lives each day.

While there are various things in our minds, so much so that we doubt Him, God flashes us a rainbow every now and then to say that no matter what situation we are in, the promise, the love, the mercy and the grace that he gives is a hundred percent assured. 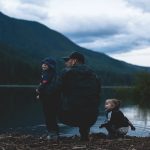 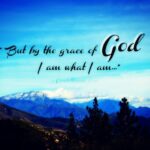 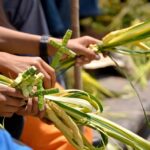 What Is Palm Sunday: Things Christians Should Know 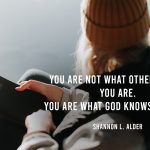 123 Empowering Bible Verses About Loving Yourself 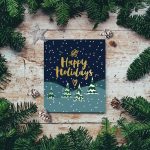 Christmas Card Sayings And Well Wishes For This Season 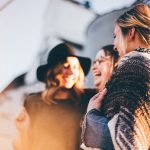 26 Bible Verses About Loving Others 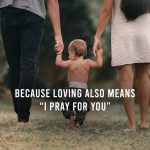 Prayer For Family And Friends: 20 Best Prayers For Loved Ones 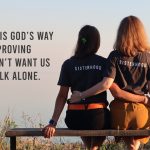 Healing Prayer For My Sister: 15 Prayers For Recovery 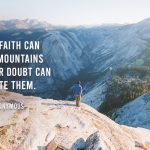 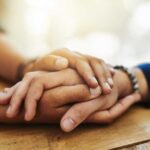