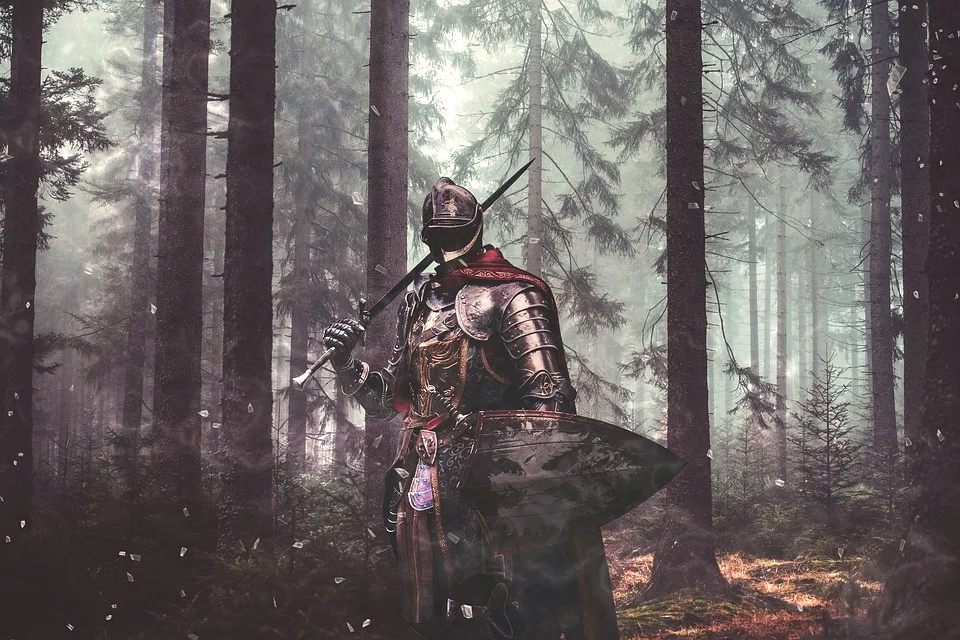 Devoting our time with God in prayer is a personal commitment. It helps us develop an intimate relationship with the Lord. This important pursuit, however, should not be viewed as an activity to be done solely for personal gain. Prayer is a language of love. It shows our efforts to make good in the various relationships in our lives. Prayer is the best way to utter our love for our family, friends, and community. When we pray, we hope to see the positive outcomes of our prayers. To pray for others apart from your own desires is both an accountability and privilege. This is what a prayer warrior needs to primarily understand. A prayer warrior fights not only his or her own spiritual battles but the spiritual battles of others as well (Ephesians 6:12). God’s will prevails above all and above the works of Satan.

A spiritual battle is as real as physical battles. There is a war happening in the spiritual realm that we cannot ignore that happens each day. A prayer warrior recognizes this battle and belongs to it. A prayer warrior is an intercessor whose role is to intermediate, mediate, interpose and intervene. The heart of a Prayer Warrior is one that is selfless and is close to God. Their views of the world differ from others. Prayer warriors are able to look beyond patriotism, nationalism, and worldview; seeking only God’s view. The role of a prayer warrior isn’t to judge a sinner or praise of the righteous, but to call on God. If you are desiring to devote to this ministry of prayer and intercession, here are some of the best ways to pray.

“The effectual fervent prayer of a righteous man availeth much.”

Elias was a man subject to like passions as we are, and he prayed earnestly that it might not rain: and it rained not on the earth by the space of three years and six months. And he prayed again, and the heaven gave rain, and the earth brought forth her fruit.”

Elijah was a mighty prayer warrior. We can learn a lot from the prayer life of this mighty prophet of God. Early in his ministry, because of his fervent prayer, a dead son of a widow comes alive from death. When he heard the news about the death of the boy whom he helped on the latter account on the Bible, Elijah held the boy. He carried the child to his bed and began praying for his life. His prayer was not a simple utterance of words. He prayed with such intensity and passion that He stretched himself and cried before the Lord. This is not the only miracle God made through the prayers of Elijah.

“And he stretched himself upon the child three times, and cried unto the Lord, and said, O Lord my God, I pray thee, let this child’s soul come into him again.”

One of the best examples of a fervent prayer that was even cited in the book of James was Elijah’s prayer about rain. For three years and six months, it did not rain, as Elijah ardently requested it to get the attention of the evil King Baal. After these years of drought, prophet Elijah contested with Baal’s prophet to show who the one true God is. His prayers are accounted as these:

“And at the time of the offering of the oblation, Elijah the prophet came near and said, “O Lord, God of Abraham, Isaac, and Israel, let it be known this day that you are God in Israel, and that I am your servant, and that I have done all these things at your word. Answer me, O Lord, answer me, that these people may know that you, O Lord, are God, and that you have turned their hearts back.”

Indeed, after the earnest prayer of Elijah, God’s fire consumed his offerings. It proved to the entire Israel who is the real God that they should worship. After this extraordinary event, Elijah was not yet done praying. He prayed for rain on Mount Carmel and asked his servants to look for a sign of rain seven times, signifying that his prayers were not answered right away. Nevertheless, he prayed for it with great passion and fervor and it rained after three long years. 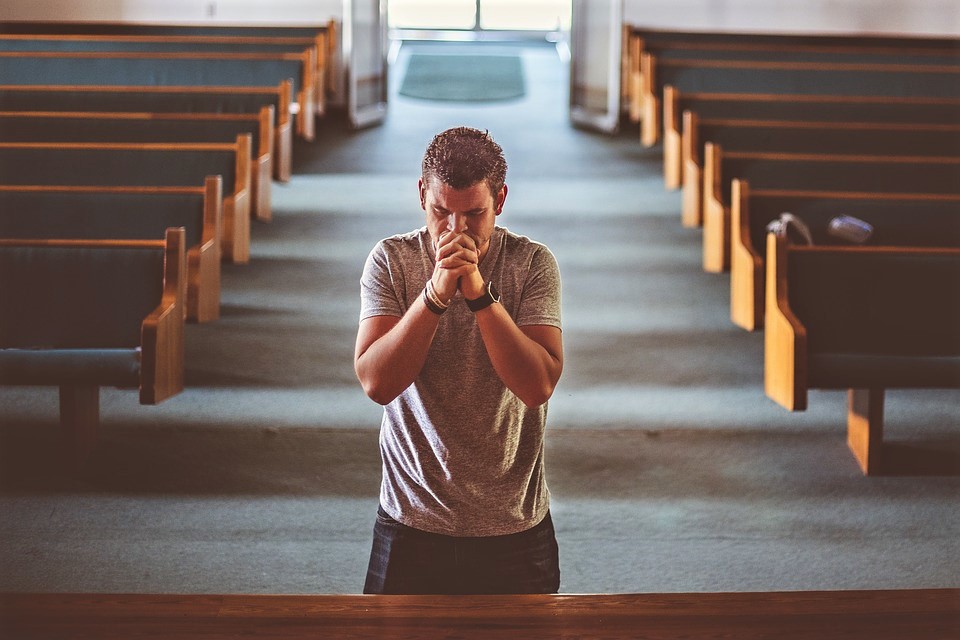 Abraham was more than just a prayer warrior, the Bible called him the friend of God (James 2:23). The first intercession accounted in the Bible was when Moses prayed for the city of Sodom. A prayer warrior intercedes with eminent perseverance. See Moses’ persistence as he petition before the Lord for this grievous city:

Abraham answered and said, “Behold, I have undertaken to speak to the Lord, I who am but dust and ashes. Suppose five of the fifty righteous are lacking. Will you destroy the whole city for lack of five?” And he said, “I will not destroy it if I find forty-five there.”

Then he said, “Oh, let not the Lord be angry, and I will speak again but this once. Suppose ten are found there.” He answered, “For the sake of ten I will not destroy it.”

When everyone else gave up for Sodom, Moses stood still and beg God again and again to spare the city of Sodom. He pleaded five times before God that He may take His wrath away to the wicked city. He persisted. This is one of the best qualities of a prayer warrior. A prayer warrior intercedes for other people with persistence and firmness of purpose.

Another prayer warrior arises during one of the darkest eras of Israel. When the Israelites were still slaves to Egypt, God chose Moses to shepherd the Israelites back to their homeland. Their journey was never easy and His people committed sins every so often. This disheartened and displeased God. One remarkable occasion, while Moses was at the top of Mount Sinai talking to God, the Israelites made and worshiped a golden calf. It outraged God that he wanted to destroy his people but Moses stands between God and the Israelites. He appealed:

“But Moses implored the Lord his God and said, “O Lord, why does your wrath burn hot against your people, whom you have brought out of the land of Egypt with great power and with a mighty hand? Why should the Egyptians say, ‘With evil intent did he bring them out, to kill them in the mountains and to consume them from the face of the earth’? Turn from your burning anger and relent from this disaster against your people… And the Lord relented from the disaster that he had spoken of bringing on his people.”

Moses can say to God that these people deserve his wrath after their idolatry but, he did not. Instead, he begged God to remember his promises that these may people be spared. His compassion for these people was so immense that he said in the following verses:

So Moses returned to the Lord and said, “Alas, this people has sinned a great sin. They have made for themselves gods of gold. But now, if you will forgive their sin—but if not, please blot me out of your book that you have written.”

He was willing to sacrifice his soul for these disobedient people. This selfless compassion is such an exceptional quality of a prayer warrior. You cannot intercede for others without having concern for them. A prayer warrior feels accountable for others before God. He commanded that we love our neighbors and our brothers and sisters in Christ. Prayer is also a best way to show our love for them.

Extraordinary prayers don’t have to be grand as people might usually expect. Sometimes, it takes an honest, sincere, and desperate prayer. But, other prayers need extra effort as we go deeper into our faith and connection to God. Many prayer warriors used fasting to express their extensive appeal toward God. Fasting is an act of abstaining from food or drinks. It is a sacrifice denying the desires of the flesh so we can go deeply into prayer. With today’s generation some fast from the use of social media and gadgets. Many prayer warriors in the Scripture set examples of fasting for their prayers to be fervent.

Daniel fasted and immersed himself in deep prayer for 21 days until a vision was sent to him. (Daniel 10:1-16). Queen Esther of Persia fasted together with the Jews that they may be saved from death under the order of the King. Indeed, they were saved (Esther 4:11-17, 8:1-8). Jesus himself fasted for 40 days and 40 nights before the intense temptation of Satan.

An extraordinary prayer can also be done together with your brothers and sisters in Christ. Jesus said in Matthew 18:19-20:

“Again I say to you, if two of you agree on earth about anything they ask, it will be done for them by my Father in heaven. For where two or three are gathered in my name, there am I among them.” 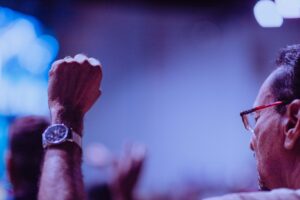 Photo by Luis Quintero from pexels

A warrior fights battles with imposing boldness. He or she is not afraid to enter the perils of war. As prayer warriors, our valor and confidence come from the firm belief of God’s power. His name is above every name (Philippians 2:9) and nothing is impossible under His control. Surely, the victory comes from the Lord, this is the confidence that we have in our Lord and savior. He has given us enough authority to bind and loose on earth (Matthew 18:18); to cast out demons and heal diseases ( Matthew 10:1).

The best way to fight the works and temptation of the enemy is to resist it. And the best weapon to resist it is prayer.

“Therefore put on the full armor of God, so that when the day of evil comes, you may be able to stand your ground, and after you have done everything, to stand. Stand firm then, with the belt of truth buckled around your waist, with the breastplate of righteousness in place, and with your feet fitted with the readiness that comes from the gospel of peace. In addition to all this, take up the shield of faith, with which you can extinguish all the flaming arrows of the evil one. Take the helmet of salvation and the sword of the Spirit, which is the word of God. And pray in the Spirit on all occasions with all kinds of prayers and requests. With this in mind, be alert and always keep on praying for all the Lord’s people”.

This verse reminds us of these important defenses against the Devil. A prayer warrior recognizes the responsibility to pray for another, its spiritual combat, and the assurance of God’s sovereignty. Prayer is also part of the armor of God, so it makes sense to ensure that we are equipped with all pieces of armor. Wearing the full armor of God is appropriate always for a Prayer Warrior.

A Prayer Warrior’s Steps To Praying

As Prayer Warrior Stormie Omartian says, “Know that we win the war when we pray in power because prayer is the battle.”